Young And The Restless POLL: Will Kyle and Lola Get Married? Vote Now! 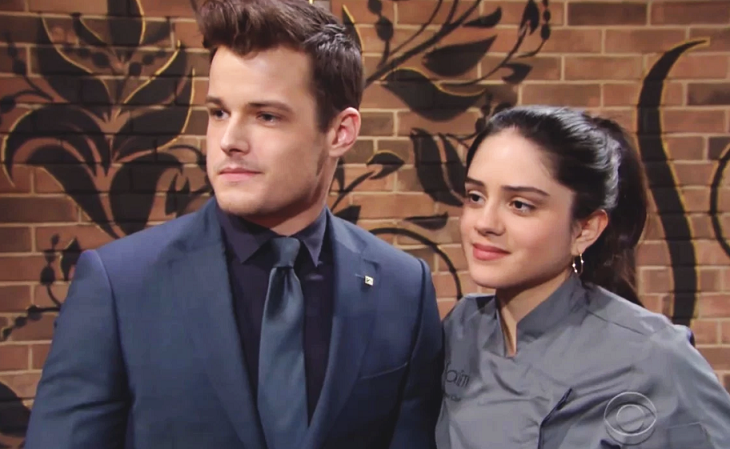 Kyle Abbott (Michael Mealor) and Lola Rosales (Sasha Calle) love each other on the Young and the Restless. That’s not in question. Neither is their intent to head to the altar. But fans can surely wonder if they will get married.

Easily one of the show’s most endearing couples, Kyle and Lola sparked from the first moment they met. Devoted viewers recall that took place last year when Kyle visited Lola’s food truck.

Living La Vida Lola ranks as one of the great branding successes in Genoa City, Wisconsin, history, as Lola’s one-woman business was a scorching hit. She made such a positive impression on everyone that Abby Newman (Melissa Ordway) insisted Lola be tapped as Society’s head chef. Devon Hamilton’s (Bryton James) uncertainty melted after he experienced Lola’s cuisine at his penthouse, meaning the hire was sealed.

Young And The Restless Spoilers – Kola Is In A Great Place

Digitally skipping to the summer of 2019, business is flowing smoothly for Miss Rosales. Personally, she and Kyle are also in a great space. Recently, even Summer Newman (Hunter King) offered her well wishes at Lola’s shower.

Considering Summer’s current boyfriend, Theo Vanderway (Tyler Johnson), it would seem that Kyle doesn’t have too many worries about his ex-wife interfering with his upcoming wedding plans. Those proceedings were being handled, unusually, by the groom, rather than Lola, until Celeste Rosales (Eva LaRue) arrived in GC.

Lola’s mother has been referenced in the past, but wasn’t part of the character list until Y&R inked the likable daytime veteran LaRue to a contract. While Summer can’t be counted out as a disrupter, mom Rosales is now set to become involved in the biggest day of her daughter’s life.

Young And The Restless Spoilers – Wedding Day In Jeopardy?

While it’s always possible that Calle’s character does something to make Kyle change his mind about marriage, it seems more likely than not that Mealor’s alter ego could go overboard, somehow, thereby putting the ‘Kola’ wedding in jeopardy.

Fans of the Young and the Restless rightfully express their opinions on a regular basis. So, will Kyle and Lola get married? Please vote in our poll below!