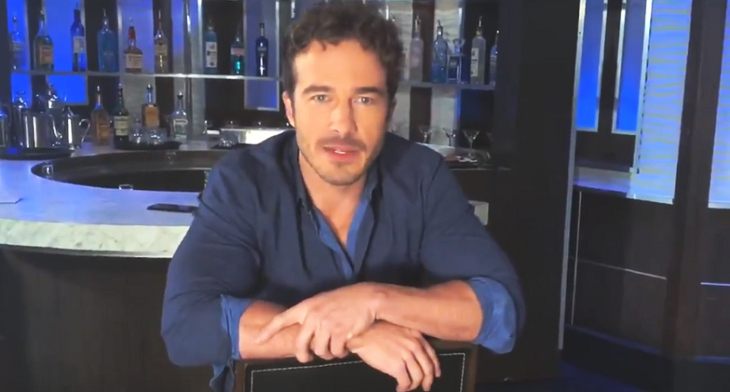 General Hospital (GH) spoilers tease that Ryan Carnes (Lucas Jones) has been cast in a new series titled, Turning In. The series is produced and written by Selina Ringel with Two Hands Productions.

The series cast includes Carnes, Ringel, Joseph D. Reitman, Luke Jones and Ariane Price. Details about the series are not readily available yet. And, Carnes has not said how the series will affect his time on General Hospital.

Ryan may do double duty and appear on both GH and the new series. Or, he could take a leave of absence while he films the new show. All we know at this point is that Carnes is not leaving ABC so if he isn’t on the show, it will only be a little while.

As for what’s happening on GH for Lucas, he is about to have an emotional storyline as the Wiley storyline continues to heat up. Shiloh Archer (Coby Ryan McLaughlin) will continue to try to get his parental rights established while the secret that Wiley isn’t his son is threatened to come out.

The baby secret will rock both Willow Tait (Katelyn MacMullen) and Lucas as they learn that Wiley is really Michael Corinthos (Chad Duell) and Nelle Benson’s (Chloe Lanier) son. It will stun Shiloh as he will have no way of controlling Willow anymore.

Of course, this will probably be the one thing that will send Shiloh out of Port Charles for good. The GH fans would love to see Shiloh leave for good as his reign of terror has been going on way too long.

McLaughlin hopes GH finds a way to redeem his character as he thinks Shiloh is a layered character. Whether or not ABC plans to redeem him remains to be seen.

Carnes is knee deep in the Wiley storyline and it doesn’t look like it will be dying down anytime soon. However, he will still manage to squeeze some time in to do the new series.

Do you think Ryan Carnes will disappear while doing the new series? How will Lucas react when he learns of Wiley’s parentage?