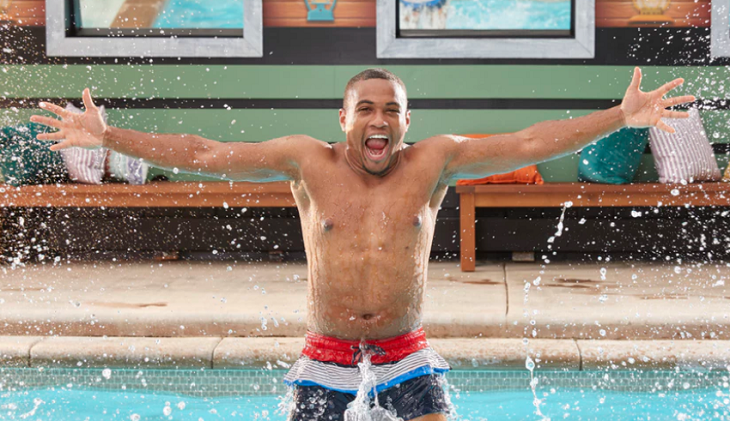 David is trying to get know the house guests and in doing so comes up with an idea to organize a cornhole competition. Christie is keeping her eye on David and thinks he is up to no good.

She asks him when are they playing and he says when everyone picks a partner. Christie is suspicious and asks him if he is trying to incept everyone, David’s reply, “I already incepted you five minutes ago.”

I think David’s reply was hilarious, Christie didn’t think so. She goes to speak to Sis and tells her that David is trying to mess with her mind.

Big Brother 21 Spoilers – Kat Thinks There Are No Alliances

Kat tries to throw David off and tells him there are no alliances in the house. He tells her there are alliances, but she is probably just not in any of them – is Kat really that dumb? Holly walks in after David leaves and says that he is a F***ing weirdo and she doesn’t like how he is messing with Jack’s head.

A surprising twist left everyone in shock, and completely changed the game. Watch the latest episode of #BB21 now: https://t.co/mDopXAbLIG pic.twitter.com/WyKRZGSjbN

Christie then tells Cliff that she feels David is looking into her soul and poisoning it – Cliff’s starts his own ranting and says he wants nothing to do with him.

Jackson has already been busy doing his own David trashing on the live feeds, he is so worried that the guy he banished might get back in the house and ruin his game.

It’s amazing how much of an effect one guy who has been back in the house for only one day has on the entire house. I can’t understand why David is being attacked.

The only thing I can think of is that all of these people are insecure, and figure if the target is on David, it won’t be on them.

Big Brother 21 Spoilers: Who Is The Real Villain In The House?

I like David, and I definitely don’t see him being the evil villain the house guests are making him out to be. I hope David gets back in the game, wins HOH and shakes up the Jack/Jackson tree. Wouldn’t that be an awesome way to mess with the house?

I’m on Team David, are you?