General Hospital Rumors: Jax Out To Get Valentin – Uses Cassandra and Brings Back Nikolas 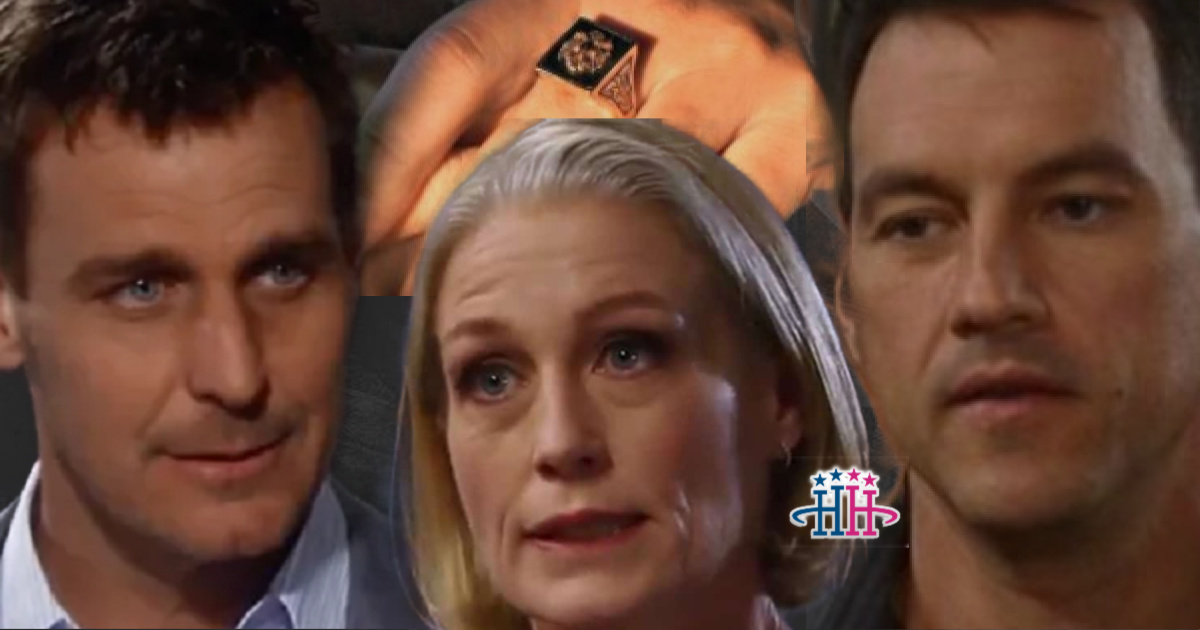 General Hospital spoilers tease that there has to be some reason that Jasper Jacks (Ingo Rademacher) has a file on Cassandra Pierce (Jessica Tuck), but what could it be?

General Hospital viewers will recall that Valentin Cassadine (James Patrick Stuart) was an associate of Cassandra, and used to work with her but in his last dealings with her he didn’t want anything to do with her or even have her around him and especially not Nina Reeves Cassadine (then Michelle Stafford, now Cynthia Watros) who wound up literally giving Cassandra a dose of her own “medicine”, which was a dangerous illegal drug and putting her into the coma.

Dr. Hamilton Finn (Michael Easton) brought her out of, after tracking Anna Devane (Finola Hughes) down, who had been kidnapped to lure him to Cassandra, who the kidnappers wanted out of her coma. General Hospital viewers will also recall that the last time Cassandra was seen, she was re-kidnapped on her way back to the WSB medical facility, with a mysterious male Cassadine hand on her knee!

General Hospital Spoilers: Does Jasper Jax Have An Agenda?

General Hospital viewers know that Jax may have that file that Curtis Ashford (Donnell Turner) saw, along with one on Valentin, just because he may have an agenda against Valentin and Cassandra was an associate of Valentin’s; but then there’s that Cassadine hand on her knee and Valentin can’t be everywhere at once; all indications in the episode and the two on either side of it were that Valentin was at home in Port Charles. Cassandra had also held a photo she had of an alive Claudette Beaulieu (Bree Williamson) holding a current newspaper against Valentin, who General Hospital viewers had thought killed her but she obviously wasn’t dead.

General Hospital rumors from the Daytime Dish “Insider’s Lounge” speak of Jax bringing Nikolas Cassadine (most recently Nick Stabile) back to Port Charles, perhaps that hand on Cassandra’s knee was his! Although nothing has been released about Nikolas’ return either as a recast or as Tyler Christopher, who says he’s willing but hasn’t been called yet, this may still be down the road a bit and the conclusion to the Cassandra story and Nikolas’ return may just be in its beginnings.