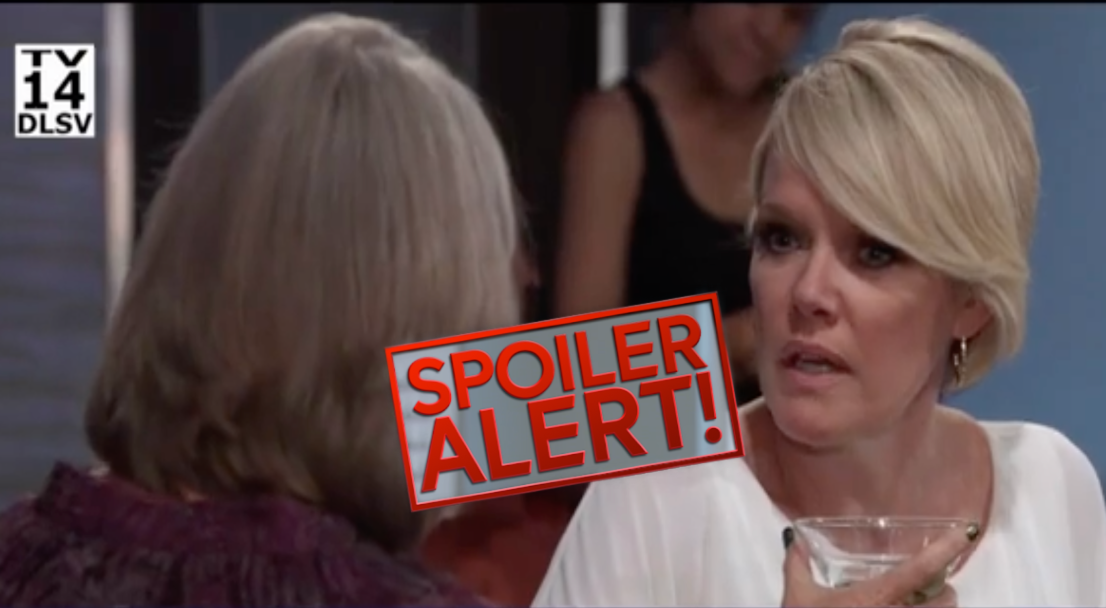 Monday, Franco and Elizabeth Baldwin’s (Roger Howarth, Rebecca Herbst) wedding celebration and reception upon the Haunted Star kicks off, as Bobbie Spencer (Jacklyn Zeman) creates a stir, or maybe a couple of stirs as she enters the Haunted Star with her date “Scotty the Scooter” Baldwin (Kin Shriner) who wanted to go with her so bad he’s in attendance even with a broken foot!

Bobbie will also lay into Julian Jerome (William DeVry) about his help in the Wiley Cooper-Jones (Eric and Theodore Olson) custody case not doing any good, and asking him when has any of his help ever done any good? Meanwhile, Curtis Ashford (Donnell Turner) gives Valentin Cassadine (James Patrick Stuart) a call to update him on what he’s found out about Jasper Jacks (Ingo Rademacher).

General Hospital Rumors: Jax Out To Get Valentin – Uses Cassandra and Brings Back Nikolas

Tuesday, Ava Jerome (Maura West) is distraught as her psychic (Veronica Cartwright) may not be bringing the desired results. Ava contacted the psychic in order to try to contact her late daughter Kiki Jerome (Hayley Erin) by setting up a séance, apparently in the restaurant area of the Haunted Star; this could be fitting since that’s where Kiki died. Meanwhile, Ava’s old rival Nina Reeves (Cynthia Watros) grows concerned; she may be worried where her fiancé Valentin got off to or perhaps her Aunt Liesl Obrecht (Kathleen Gati), since Liesl seemed to be awful tipsy, and this is a boat on the water, after all!

Wednesday, Kim Nero (Tamara Braun) is full of apologies; this could relate either to trying to get her boyfriend Julian or Drew Cain, (Billy Miller) the father of her late son Oscar Nero Quartermaine (Garren Lake Stitt) to make a new little Oscar with her, or it could also be for inadvertently giving Shiloh Archer (Coby Ryan McLaughlin) too much information about little Wiley.

Meanwhile, Sam McCall (Kelly Monaco) goes to interim police commissioner Mac Scorpio (John J. York) with renewed hope, having Carol Lockhart’s (Mandy Musgrave) sworn statement both by video on her cell phone and hard copy in her hand that she took the fall for Shiloh for the murder of Douglas Miller (uncast character) and she possibly has Jason Morgan’s (Steve Burton) intel from his visit to Harmony Miller (Inga Cadranel) also, that he got from her in Friday’s episode.

Thursday, the reading of Oscar’s will takes an unexpected turn; he stayed at the Dawn of Day house for a short time and didn’t ever get to see Shiloh’s dangerous side; could he have left money in his will to Shiloh or Dawn of Day? Elsewhere, Obrecht regrets her actions; will this be when she takes a tumble off the Haunted Star, apparently having been pushed, or is her unintended swim itself the regret?