Days Of Our Lives Spoilers: Kristen Shocked By What She Finds In Secret Room, What Will She Do? 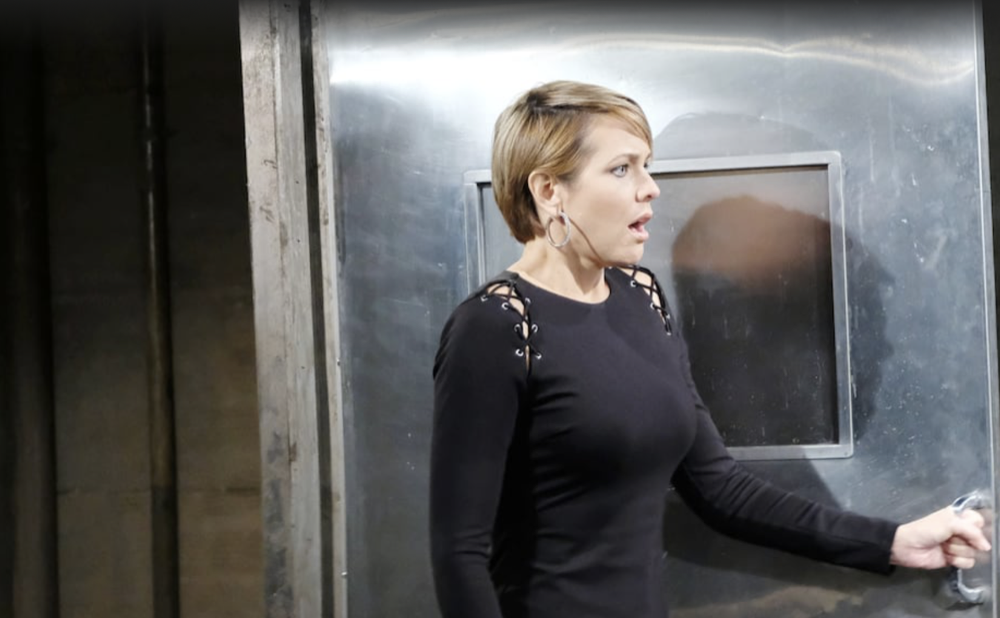 Days of Our Lives spoilers tease that things will really heat up in that hot little secret room in the DiMera mansion for Ted Laurent (Gilles Marini) and Kate Roberts DiMera (Lauren Koslow) in Friday, July 5th’s episode of Days of Our Lives! Ted and Kate, as Days of Our Lives viewers know, were involved before for a short time when Ted first came to town; but Kate shut it down before their relationship evolved too much.

That doesn’t mean that attractions don’t exist between them though, and a man, a woman, a bed, a locked room and nothing to drink except champagne can add up to fireworks between two people who were involved previously and flames of passion can reignite!

Kate and Ted don’t know how long they will be trapped or how long it might take for Hope Brady (Kristian Alfonso) and Kate’s son Rex Brady (Kyle Lowder) to find and rescue them; although it may be a few days before Rex really gets worried about Kate. However, he was suspicious about that text that didn’t sound like his mom that he received a couple of days ago, just as Hope was suspicious about the diamond necklace around Sarah Horton Brady’s (Linsey Godfrey) neck that looked just like the one that Ted tried to get Hope to accept before sending a Dear John text to her which she wasn’t buying either.

Other Days of Our Lives spoilers tease that Rex and Brady Black (Eric Martsolf) will compare notes about Kate and Xander Cook Kiriakis (Paul Telfer) and that Hope will ask Xander about the diamond necklace. Hope has already questioned Sarah and she didn’t know where Xander got the necklace so Hope of course will question him about it.

Days of Our Lives spoilers for next week also tease that Kristen DiMera (Stacy Haiduk) will be shocked at what she finds in the secret room; will she be shocked that Kate and Ted aren’t dead, and Xander disobeyed his orders to kill that she gave him, or will she also be shocked finding a disrobed Ted and Kate snuggled up in the bed? They should stay awake and vigilant and not let down their guard; you never know who might come open that door next!