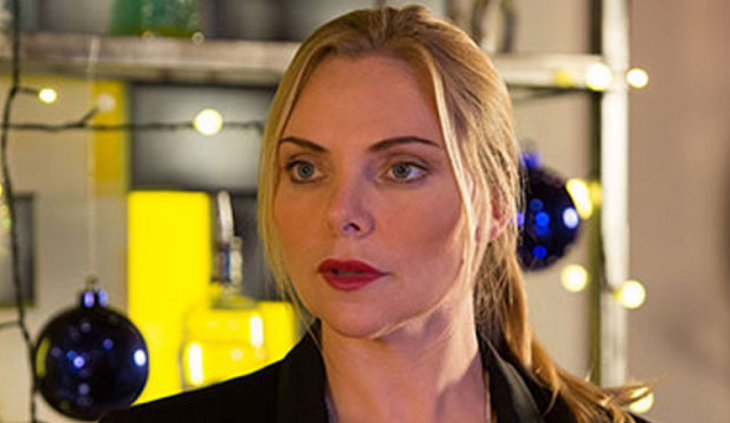 Two years since she left “EastEnders” as Ronnie Mitchell, Samantha Womack has revealed what she liked about her exit from the show.

“I liked the fact it was an iconic ending. I’m not sure it would have been as good if she had just got in a cab. She went out how she came in, with a bang,” Womack said told Digital Spy. “It was a bit rock ’n’ roll, wasn’t it?”

Viewers may recall that Womack left the show when her character, Ronnie, along with her on-screen sister, Roxy Mitchell (Rita Simons), was killed off in a tragic drowning accident.

EastEnders Spoilers – Met Their Demise In A Swimming Pool

During that time, Womack criticized the show for killing off the sisters and said the move by the show was “short-sighted.” But with her recent statement, it would seem that the actress had moved on since she left the show.

“Me and you, we ain’t family anymore.” #EastEnders pic.twitter.com/BdzryUmL7W

After almost a decade of being with “EastEnders,” Ronnie and Roxy met their demise in a horrific swimming pool accident that shown in the soap’s hour-long New Year’s Day special.

Shortly after her departure from the soap, Womack said she enjoyed her nine-year stay but admitted that she was unhappy that her character was killed off. The way her character exited the show closed the doors for a potential comeback in the future. She described the sudser’s decision as “short-sighted.”

EastEnders Spoilers – Womack Would Have Liked To Return

“I’d have loved to go back at some point,” she said. “The Mitchell family are such a huge part of that show’s culture – Peggy had gone and then the two Mitchell sisters. It’s a shame to rip out the roots of such a long-serving family. That I can’t go back – unless I come back as some weird Australian twin sister!

“I understand they have to regenerate and constantly recast, but my complaint was when you have two characters who are embedded within the fabric of that community, by killing them completely you’re removing them from any future producer.”

At that time, she also added that she was devastated when her character was axed because she wasn’t planning to leave. Earlier this year, Womack also revealed that she hasn’t watched the show since she left in 2017. She said the reason why she didn’t was that “it’s too weird” because she knew the people who were playing the characters so well in real life.