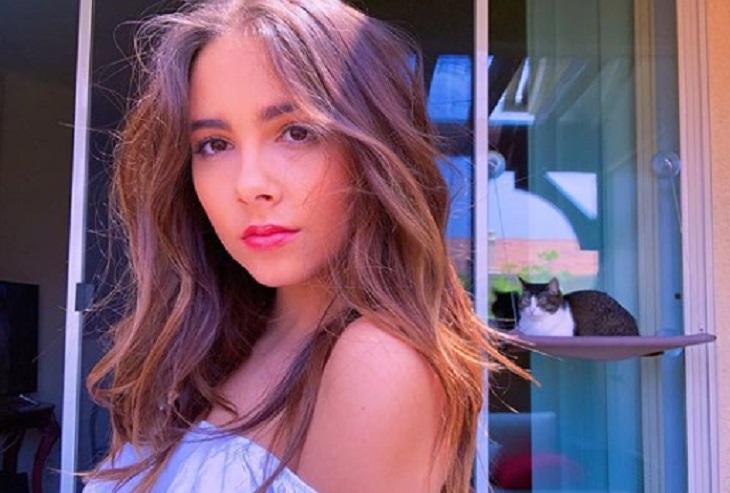 The role of Alexis Davis’ (Nancy Lee Grahn) youngest daughter with fellow attorney and half-brother of Sonny Corinthos (Maurice Benard), Ric Lansing (Rick Hearst) had been played by several baby and child actors before Molly experienced Soap Opera Rapid Aging Syndrome, or SORAS, as a ten year old bookworm who got very good grades in school. She was named after Titanic survivor and subject of several movies and plays, Molly Brown.

Haley’s first storyline as Molly was during the scandal of her mother’s affair with Mayor Garrett Floyd (John Bolger), her mother having been framed by him for the murder of his other mistress Brianna Hughes (uncredited actor) and later the legal fallout of Alexis’ hit and run motor vehicle homicide of Kiefer Bauer (Christian Alexander), her older half-sister and half-cousin Kristina Corinthos-Davis’ (Lexi Ainsworth) abusive boyfriend.

Other important storylines were in 2010, where she was charged with obstruction of justice for helping Michael Corinthos (Chad Duell) by withholding information that she knew he killed Claudia Zacchara-Corinthos (Sarah Brown); she helped Kristina hack into Ethan Lovett’s (Nathan Parsons) email account and delete an email from it; tried to get Jason Morgan (Steve Burton) kill Kiefer’s father, Warren Bauer (Bradley Cole).

ten years. i cant even believe it. im so thankful and so lucky to be able to bring molly to life. thank you for loving molly as much as i do & for allowing me to grow with her. these past ten years have been an absolute dream come true. 🖤 #gh

In 2011 Molly helped Morgan Corinthos (Bryan Craig) kidnap Josslyn Jacks (Eden McCoy); and in 2013 she helped Rafe Kovich Jr. (Jimmy Deshler)by hiding him out in her bedroom and later helped Rafe Jr. and John McBain (Michael Easton) get released from jail and Lucy Coe (Lynn Herring) from jail. In 2015 she used a fake ID to get into a party being held on the Haunted Star, and again help Kristina hack into a computer again, this time their mother Alexis’ computer and deleted an email from her email account!

Haley earned a Daytime Emmy Award nomination in 2015 in the category of “Outstanding Young Actress in a Drama Series” and she has won a number of “Young Artist Awards” throughout her career and her time on General Hospital.