The Bold and the Beautiful POLL: Will Hope and Thomas Get Married? 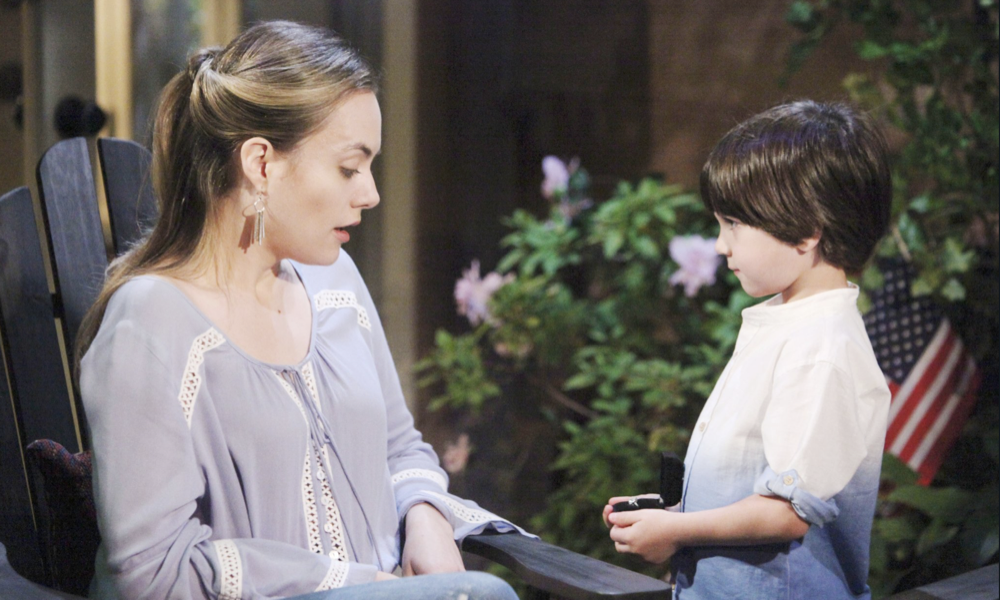 Hope Logan (Annika Noelle) has been telling Liam Spencer (Scott Clifton) that he needed to move forward with his life on ‘The Bold and the Beautiful’. Well, he did, as numerous people in Los Angeles, California, now know.

Hope Logan Has Decide To Move On

In very dramatic reaction to Liam telling his recently annulled wife about his unexpected night with Steffy Forrester (Jacqueline MacInnes Wood) at the cliff house, Hope advised that she needs to move on too. Then, a few days later, in advanced soapy time, there the now-Miss Logan was looking into the hopeful eyes of Douglas Forrester (Henry Joseph Samiri).

As an aside to all viewers, Samiri is an outstanding young actor. The extensive lines he delivered in the scene that’s about to be analyzed were fully impressive.

This young man has talent, a great memory, and likability, all of which are important for many different types of daytime roles. It’s understood that the sequence where Thomas Forrester (Matthew Atkinson) gave his son a nod to go ahead with their rehearsed plan may have been spliced, meaning that filming stopped as Samiri delivered parts of his lines within what became one scene. Regardless, his performance was truly great for someone who is so young.

Back to the action, Douglas presents the ring box to Hope as July Fourth fireworks glare overhead. A prior split screen image of Noelle and Clifton reflecting upon this time last year, when Hope told Liam that she was pregnant, added extra weight to what’s happening now.

Hope has been trying to convince herself that being with Thomas, as part of filling a motherly role in Douglas’ life, will be for the best. Okay, so Thomas’ plan has been delivered.

But those in the know recognize that the Beth Spencer (Madeline Valdez and River Davidson) reveal could drop at any time. If it doesn’t, Thomas could simply be exposed for manipulating Hope and, or Douglas. Many coming plot points could put a proposed ‘Thope’ wedding in jeopardy of actually happening.

Fans of ‘The Bold and the Beautiful’ rightfully express their opinions on a regular basis. So, will Hope and Thomas get married? Please vote in our poll below!