The Young and the Restless Spoilers Tuesday, July 9: Summer Lashes Out at Chelsea – Jack Suspicious of Victor – Paul Gets Autopsy Info 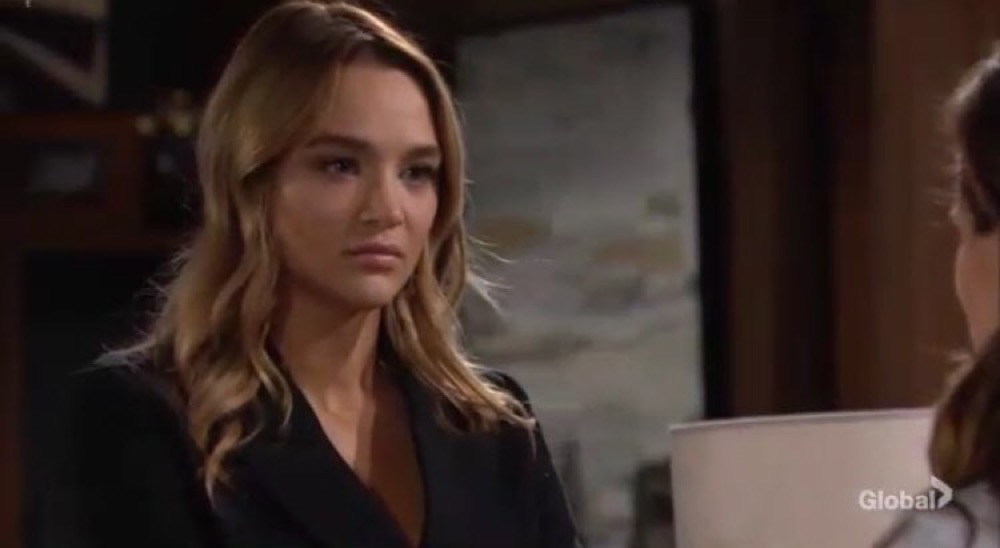 “The Young and the Restless” spoilers for Tuesday, July 9, tease that Christine Williams (Lauralee Bell) will await a terrible phone call. In the park, Christine mentions the bad news that’s brewing to Paul Williams (Doug Davidson). Sure enough, Christine gets updates on the settled lawsuit soon after. The mayor wanted to pay off the Newmans, so Christine isn’t thrilled over having to make a formal announcement.

Next, Christine mentions that it may be time to do something they talked about. Paul objects, but he assures Chris that he can handle the haters. Taking the risk is up to Christine. At Society, Jack Abbott (Peter Bergman) watches nearby as Victor Newman (Eric Braeden) grumbles about the waiter. He’s irritated that they haven’t received their check, but Nikki Newman (Melody Thomas Scott) insists he already paid.

Afterward, Victor gets a phone call and exclaims that it’s excellent news. Back with Jack, he meets up with Billy and mentions Victor’s check confusion. Jack thinks Victor’s slipping due to that and his decision to step away from Newman, but Billy doesn’t want his brother digging into it.

Back in the park, Victor’s eager to gloat about the settled lawsuit. Paul tries to keep the peace by advising against it, but Vic contends that Chris belongs behind bars. Christine points out that she’ll be the real winner soon. Once Victor and Nikki leave, Christine shares a kiss with Paul and declares that it’s showtime.

Young and The Restless Spoilers: Summer Newman Not Pleased To See Chelsea Newman

At Nick Newman’s (Joshua Morrow) house, Summer Newman (Hunter King) isn’t happy to see Chelsea Newman (Melissa Claire Egan) asleep on the sofa. Nick brings Summer up to speed on Chelsea’s loss, but she’s still wary. Since Nick wants to check on getting the Newman jet for Chelsea to see Connor Newman (Gunner and Ryder Gadbois), he pushes Summer to stay there while he’s gone.

Chelsea wakes up to an agitated Summer, who feels like Chelsea’s sucking her dad back into her drama. Summer contends that Chelsea’s a human wrecking ball and worries Nick will fall prey again. Later, Summer pitches Theo Vanderway’s (Tyler Johnson) influencer idea to Jack at Jabot. He’s cautious since it came from Theo, but he goes along with letting Summer become one.

Once Summer takes off, Jack mentions his concerns to Billy. He notes that Theo was a troublemaker with Kyle Abbott (Michael Mealor) in New York. Jack fears Theo hasn’t worked through that phase, but Billy points out that Nick is Summer’s dad – not Jack.

Meanwhile, Victoria Newman (Amelia Heinle) isn’t on board with letting Chelsea use the Newman jet. She doesn’t think it’s a good idea to get involved due to Adam Newman (Mark Grossman). It’s not wise to stir the pot any further.

Nick hints that Chelsea’s seen Adam’s true colors, but Victoria worries “Chadam” will come back around. However, Nick tugs at Victoria’s heartstrings over Connor, so she grants the request. The eventual conversation shifts to Dark Horse’s high-rise development and some potential sabotage plans.

Young And The Restless #YR Comings And Goings: Ashley And Jill Return To Genoa City https://t.co/NDG4eTsJfI

Afterward, Billy shows up and wants to talk about Victor. He notes that Jack was suspicious about the check incident at Society earlier. Victoria talks about confusion being a side effect of the new protocol. They’re having an intense discussion when Victor and Nikki appear, but Billy covers up the real reason for his visit.

Christine makes her big announcement, which includes telling the public about the settled lawsuit and her shocking decision not to seek reelection as DA. At Crimson Lights, Jack catches up with Mallory briefly before watching the announcement. Since Paul happens to be at the coffeehouse as well, Jack urges him to give Christine his best.

Paul also gets a call with info on Calvin Boudreau’s (John Burke) autopsy. While Paul listens up, Nick returns to Chelsea and informs her the jet situation’s all squared away. He still wants to come along so Chelsea will have the support she needs. Nick pushes Chelsea to concentrate on her son and let him deal with everything else.

“The Young and the Restless” spoilers say another great episode’s on the way. We’ll keep you posted as other Y&R details and rumors emerge. Stay tuned to see what’s next in Genoa City.