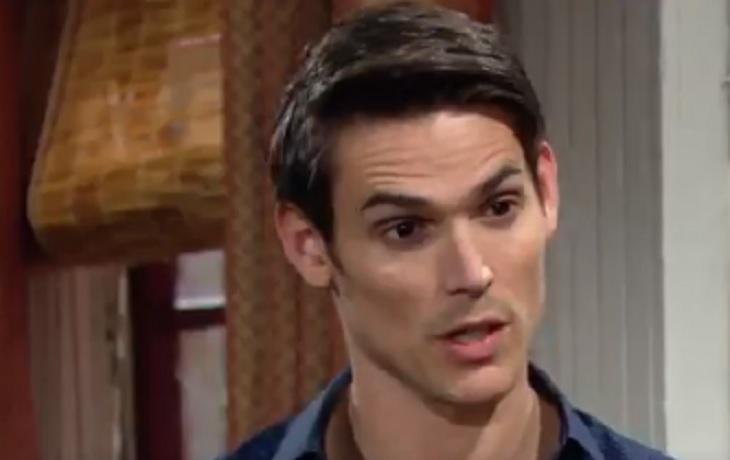 The Young and the Restless (Y&R) spoilers tease that Adam Newman (Mark Grossman) refuses to give up his dream of raising his son, Christian Newman and getting back at his siblings for targeting him and getting his dad to turn his back on him. While it seems like Victor Newman (Eric Braeden) has turned his back on Adam, eventually, Victor will approach his son and make amends.

Adam isn’t feeling very friendly toward his family. He holds Nick Newman (Joshua Morrow) and Victoria Newman (Amelia Heinle) responsible for his troubles. Y&R spoilers tease that Adam may decide to up the ante and find a way to get under his family’s skin. And, that plan would include Kevin Fisher’s (Greg Rikaart) computer hacking skills.

All Kevin wants to do is go home to his wife and child. However, Adam refuses to let him leave, blackmailing him that he’ll reveal Chloe Mitchell (Elizabeth Hendrickson) is alive. Kevin doesn’t want to be Adam’s puppet, but he cannot risk his wife being discovered so he does whatever Adam tell him to do to keep his family safe.

Adam will have another plan for Kevin, and it will, of course, make Kevin feel pretty uncomfortable. He does have the option to decline helping Adam, but Y&R spoilers tease that Kevin will know if he does refuse to help, he could reveal that Chloe is alive, which could land her in a whole lotta legal mess.

In the end, Kevin will agree to do whatever Adam wants just to keep Chloe safe. Y&R spoilers tease that no one will find out that Chloe is alive for a while. Eventually, they will bring Hendrickson back for a faceoff with Chelsea Newman (Melissa Claire Egan). And, no one knows when they will do that.

Whatever Kevin does for Adam, it’s almost a guarantee that it will get under the Newman siblings’ skin. They don’t care of Adam and his antics. They keep hoping he will decide to leave Genoa City.

Something tells us that is not going to happen anytime soon. He seems determined to bring a great deal of pain and suffering to his family.