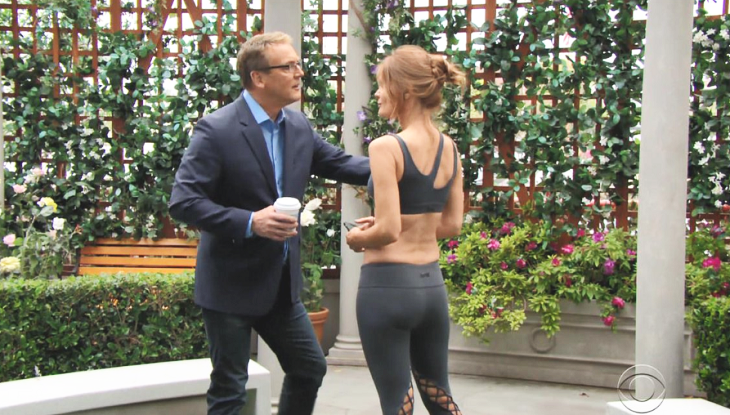 The Young and the Restless (Y&R) spoilers tease that Paul Williams (Doug Davidson) will drill Phyllis Abbott (Michelle Stafford) on why she was in Las Vegas on vacation. He wants to know why she was there to try to figure out how Kevin Fisher (Greg Rikaart) is connected to Adam Newman’s (Mark Grossman) return to Genoa City.

The questions make Phyllis very uncomfortable and she considers her answers very carefully. Y&R spoilers tease she knows what Paul is fishing for too. She wants to know why Adam and Kevin would work together. News travels lightening fast in a small town like Genoa City.

Phyllis will probably act like she doesn’t know anything. She will tell him if he wants to know something about Adam, she should ask him directly. However, Paul will reveal that he’s asking her because he cannot trust Adam to be honest with him.

Young And The Restless Spoilers – Paul Williams Doesn’t Buy It

Y&R spoilers tease that Phyllis will say she was in Vegas on vacation. She needed to get away after all her drama with Jabot. Paul will understand why she would need to do that. But he will ask her if she is sure it wasn’t related to Adam, to which she will deny.

Paul knows that she isn’t being completely honest with him. He wonders why she is hiding her connection to Adam. Even more, he wonders why Kevin would work with the man that supposedly killed Delia Abbott (Sophie Pollono).

For whatever reason, Paul believes that Phyllis is the missing piece to solving a case, or at least, figuring out why Kevin suddenly is so chummy with Adam.

Y&R spoilers tease that Paul will also question Kevin about his friendship with Adam, which he blows off. Kevin informs Paul that he is working for him and working on a few security issues that Dark Horse has noticed.

It’s apparent that Pail isn’t going to believe that explanation. He will assume that Kevin is lying to him, and he is, and he will want to get to the bottom of it.

The Young and the Restless (YR) Poll: What Character Would Mishael Morgan Play In Her New Role On Y&R?

Will Paul figure out that Kevin is being blackmailed by Adam to do his dirty work and destroy the Newman family?