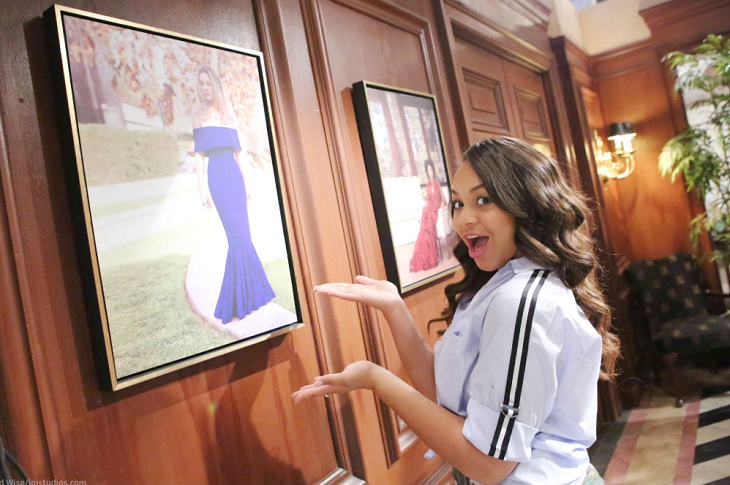 The Bold and the Beautiful (B&B) spoilers tease that Emma Barber (Nia Sioux) may not be dead after all. It looked like she definitely was a goner but the actress teases that it could be just an act to trap Thomas Forrester (Matthew Atkinson).

Nia said that when Brad Bell decided to write her exit with a dramatic death exit, she was excited. While, it meant that she was out of job, she couldn’t help but feel excited about the challenge. She noted that she had never do a death scene and it was thrilling for her.

Sioux was warned by Bell that the exit scene would have lots of heavy dialogue with an emotional storyline. Nia said that her co-star Matthew Atkinson, actor who plays Thomas Forrester, is a wonderful actor who plays “creepy very well.”

Bold And The Beautiful News – Watched Episode With Friends

She revealed that there was a part in one of her final scenes that actually scared her. Matt had grabbed her and threatened Emma. She said the terrified look she gave him was genuine.

Today on #BoldandBeautiful, Thomas attempts to explain to Emma that he is trying to protect Hope by not revealing that her daughter is alive. pic.twitter.com/npEz4CgTHU

Sioux said that she and her friends watched her final episode, Her friends were upset by Emma’s death. They expressed the hope that Emma is alive and she will make a comeback eventually. And, Sioux teased that could be a possibility.

The actress said that B&B is a soap opera and no one really dies in daytime TV, She would be thrilled to return if that’s the director Brad wants to go with the show.

Bold And The Beautiful News – Would Love To Return Someday

“Everyone on the show [B&B] was great and nice to me. They knew it was first time on a scripted series and they welcomed me with open arms. I would come back without question, anytime they need me too,” Sioux told Soap Opera Digest, regarding her experience on Bold and the Beautiful.

Even though the actress is currently busy with several projects, if B&B needed her to return, she would make time for the show. She said B&B is like family to her and she will never be too busy to return.

As for if Emma will return, Sioux said you’ll have to keep watching B&B to see how it plays out over the summer.