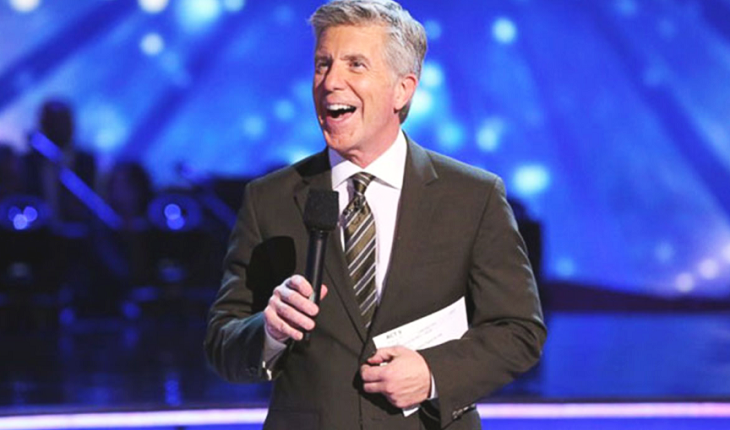 Tom Bergeron dropped a hint that voting changes may be on the horizon on the new season of “Dancing With The Stars.”

“You’ll see those three lovable mugs for sure. Probably won’t see those 10 paddles for a while, tho…” Bergeron tweeted.

He also tagged the show’s judges in his post namely, Carrie Ann Inaba, Len Goodman and Bruno Tonioli. As expected, fans and viewers flocked to his post. However, he didn’t reply to the comments and questions and didn’t create any new posts after that.

Fans Are Hoping For A New Voting System This Season

A lot of people were left wondering if the show will have a new voting system. Although there was no confirmation from Bergeron or the show, his tweet may mean that there will be some changes. Viewers have been asking for a revamped voting structure as many were left disappointed with last season’s finale.

Bobby Bones won last season but many questioned the decision. There were those who argued that even though he had middling scores and ability, not to mention the show’s low viewership, Bones still won mainly because of his large fan base.

Back in May, ABC Entertainment President Karey Burke announced that there will be “fun format changes” in the new season but nobody really knows what they are. Viewers are hoping that the said changes will include the voting system.

ABC recently announced that “Dancing With The Stars” Season 28 is scheduled to premiere on September 16. The air date of the latest season is earlier than the official start of the broadcast season. The last time the show premiered earlier than its standard broadcast kickoff was back in 2017.

Season 28 will keep its two-hour slot on Mondays at 8 p.m. Bones’ controversial win last season caused fans and former champ Alfonso Ribeiro to call for a change. Especially since the winner admitted that he wasn’t a good dancer.

Following Burke’s hint of certain changes next season, Bergeron tweeted to assure fans that they are being heard. Will viewers finally see some changes next season? How will the show weed out bad dancers and make sure that only the best ones battle it out during the finals?

And as always, don’t forget to check back with Hollywood Hiccups for all the latest news, updates and spoilers on Dancing With The Stars and all of your favorite daytime Soaps right here!