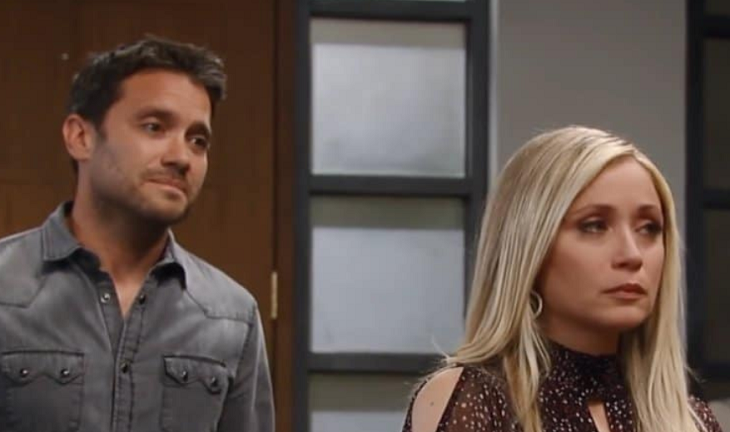 Waiting for someone without knowing if he’ll ever come back is heart-breaking. This is exactly what Lulu Spencer (Emme Rylan) is going through on “General Hospital.”

Lulu and Dante Falconeri (Dominic Zamprogna) have been through, but the couple managed to find their way back into each other’s arms. Before it seemed as if the pair can weather any storm, but now, their future together looks bleak. With Dante’s departure, Lulu vowed to wait for her man. But as months go by, it can be hard for any woman to continue waiting, especially if there is no sign of a possible return.

Viewers may recall that Dante decided not only to leave Port Charles but also to turn his back on the life that he’d built with Lulu. This situation can break anyone who is on the receiving end.

General Hospital’s Shelly Altman said, “It’s very hard for Lulu. It’s almost as if his recent return and abrupt departure have made things worse for her,” General Hospital’s Shelly Altman told Soaps In Depth. “How could having her husband home, no matter how briefly, have made things worse? She had a momentary glimpse into what they had and could have again and then it was cruelly ripped from her.”

Things are made more complicated by the fact that she has to raise their children on her own. Not to mention, she’s got a lot of questions that need to be answered. How long will she be able to endure?

For now, Lulu is trying to cope in her own way. Altman explained that even though Lulu “had her moment of fury,” she recognized “the reality that her husband is dealing with something bigger than the two of them is helping her to try and remain steadfast.” All she’s left with is hope that she and her kids will once again be reunited with her husband and their father.

Viewers know that Lulu has been left in the dark as to why Dante really left. Dante had terrifying visions about an unaccomplished mission that involved killing his wife. Nobody knows yet what really happened to him in Turkey, but one thing’s for sure, terrible things are bound to happen if he stayed in town.

Co-head writer Chris Van Etten said, “Not knowing what their status is has been hard on Lulu. The fact is, he left her with the admonition that she should forget him! She’s having difficulty dealing with that.”