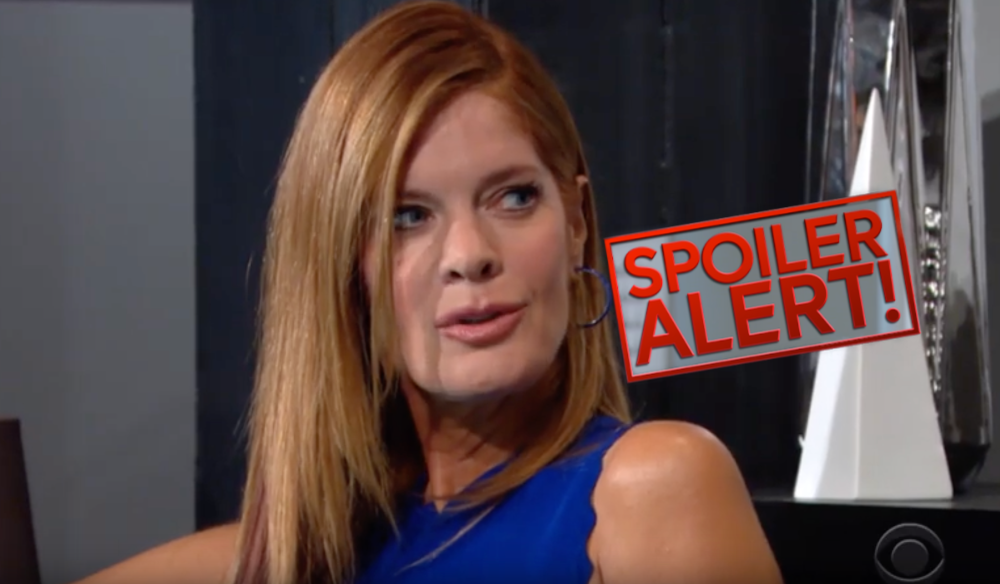 “The Young and the Restless” spoilers for Wednesday, July 10, tease that Chelsea Newman (Melissa Claire Egan) and Nick Newman (Joshua Morrow) will be back from their trip. At the coffeehouse, they talk about Connor Newman (Gunner and Ryder Gadbois) and the decision to leave him at camp. Nick feels like keep Connor at a distance from Adam Newman (Mark Grossman) is the right call.

Chelsea’s grateful that Nick supported her as she told her son about Calvin Boudreau’s (John Burke) death. Adam shows up to remind Chelsea that Connor is their son, not just hers. After Nick insists Chelsea can’t trust Adam, he takes Chelsea back to his place and they continue their discussion. Chelsea struggles to justify keeping Connor from his father, but she’s apologetic when she remembers the custody drama Nick’s dealing with.

Next, Paul Williams (Doug Davidson) drops by with autopsy news. He suggests more testing will be required to determine if Calvin died of natural causes. Chelsea’s taken aback and asks what other cause there would be. Paul notes that they aren’t ruling anything out yet and promises to be in touch.

Once Paul’s gone, Chelsea worries about being a suspect. Nick suggests Adam would’ve had a motive to kill Calvin, but Chelsea hates to think he’d be capable of that. Meanwhile, Jill Atkinson (Jess Walton) returns to town and gripes about not being invited to “Villy’s” recommitment ceremony. Billy offers an apology and gets updates on Jill’s suspicions regarding Esther Valentine (Kate Linder).

Young and The Restless Spoilers: Jill Atkinson Hints at a Strange Situation

Jill hints at a strange situation going on with Esther and Kevin Fisher (Greg Rikaart). Speaking of Kevin, he goes into the system and looks up Calvin’s toxicology report for Adam. Kevin finds that it’s inconclusive. Over with Victoria Newman (Amelia Heinle), she reveals her Dark Horse takeover plans to her father. Victor Newman (Eric Braeden) is on board, but he wants Victoria to put her full force behind this mission.

Later, Victoria talks to Billy about something being up at Dark Horse. She feels like Phyllis Summers (Michelle Stafford) is going to stab Adam in the back when it comes to their new hotel. Victoria tries to offer a bit of a warning to Adam later, but he isn’t interested in hearing what she has to say. Adam urges Victoria to talk to Phyllis instead, which prompts Victoria to suggest her brother’s too trusting.

Adam points out that Phyllis is the one person who isn’t trying to take anything from him. He seems confident in their alliance. Afterward, Victoria meets up back up with Billy and fills him in on her Adam meeting. They’re on the same page about Adam getting what he’s got coming to him.

Over with Jack Abbott (Peter Bergman), he comforts his friend over the loss of her father. Mallory’s dad passed away at the facility, so she intends to move closer to her children in Seattle. After Jack says his goodbyes, he trades barbs with Victor and gets some sympathy over his Dina Mergeron (Marla Adams) struggles.

At Lola and Kyle Abbott’s (Michael Mealor) apartment, Celeste Rosales (Eva LaRue) is far from helpful. She offers plenty of criticism about Lola’s outfit and anything else that doesn’t suit her. Lola has a hard time nailing a good take, so Mariah gets Kyle over there to settle Lola down. The plan works and the gang likes the finished product, but Celeste continues to cause problems.

Lola finally decides she’s had enough and rants about her mom’s behavior. She feels like Celeste has done nothing but criticize since she came to Genoa City. Celeste gets irate in return and decides she’ll go back to a suite at the athletic club.

“The Young and the Restless” spoilers say there’s much more mother-daughter chaos to come! We’ll keep you posted as other Y&R details and rumors emerge. Stay tuned to see what’s ahead on the CBS soap.