Young And The Restless Spoilers: Will Michael Make A Deal With Adam To Help Him Get Custody Of Christian? 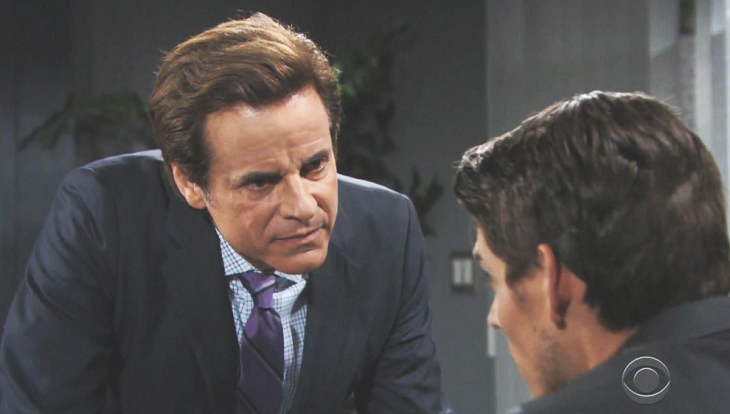 The Young and the Restless (Y&R) spoilers tease that Michael Baldwin (Christian LeBlanc) will make a deal with Adam Newman (Mark Grossman). Previously, Michael refused to work with Adam, stating that he’s not the kind of person he wants to make a deal with.

So, what would cause Michael to change his mind? Why would he want to suddenly make a deal with him after previously touting that he refused to work with him?

When Adam first came back to Genoa City, he asked Michael to help him get his son back. He wanted Michael’s help to go against the Newmans and win custody. However, Michael refused because he already agreed to help Nick Newman (Joshua Morrow) keep Adam away from Christian.

Young And The Restless Spoilers – Protecting His Brother

Adam told Michael he’d regret that decision as he is on the winning side. At the time, Y&R spoilers say that Michael scoffed at the comment. But here Michael is making a deal with Adam and wanting to work with him. What could have prompted this change of heart?

One detail the Y&R fans know is completely evident with this spoiler is that it is regarding Christian. The missing piece is what drives Michael to suddenly want to work with Adam.

One possibility is Michael figures out that Adam knows that Chloe Mitchell (Elizabeth Hendrickson) is alive and he works to make sure he doesn’t tell anyone. Y&R spoilers tease that Michael will do anything to protect his brother, Kevin Fisher (Greg Rikaart) and that includes keeping his wife out of Adam’s clutches.

Young And The Restless Spoilers – Will Kevin Fisher Go Free?

Another possibility is Kevin could tell Michael about his deal with Adam. He might let him know he is stuck in Genoa City because Adam refuses to let him go or he will tell everyone that Chloe is alive.

This could lead to Michael going to see Adam to make a deal with him. He might offer to help him win Christian back if he will let his brother go back to his family. The question is, will Adam trust Michael or will he refuse to let Kevin go free?