Big Brother 21 Spoilers: Is Jack Trying To Recreate Chilltown With The Gr8ful Eight? 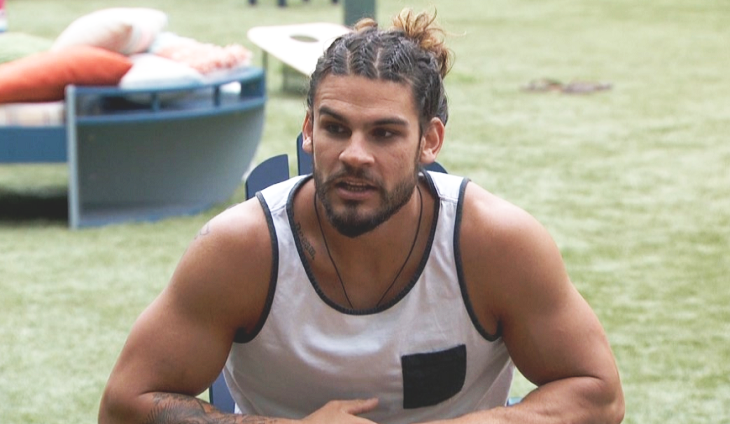 The Gr8ful Eight – Tommy, Jack, Jackson, Christie, Holly, Nick, Bella and Analyse – are thrilled that they are all finally in a room together for the first time. In fact, Jack is riding high and thinks it is monumental!

Jack starts talking about the pecking order this week, strutting around like a rooster. I can’t help but think how much of a dumb player Jack is, I mean seriously.

Last week Christie talked crap about Jack and cried all over the house saying he was her target and she was going to do anything to get rid of him. This week Jack is ecstatic to have all his minions in a room with him, and one of them is Christie.

Did all the house guests that she ranted to not reveal one tiny word to Jack? I doubt it. If Jack were smart, he would have major trust issues with Christie and be watching his back.

He is trying to run the house with his sidekick Jackson aka Michie, but his gameplay is a major fail. Not sure if Jack has watched all seasons of Big Brother, but this has been done before with Dr. Will and Mike Boogie when they formed Chilltown.

The difference is, Dr. Will was charismatic, brilliant and charming; all traits that Jack doesn’t even have an ounce of in his tiny pinky finger. Really, how does the guy expect to win BB by bullying the house guests and coming off more as Lord Farquaard from Shrek?

He has already been warned by BB executives to tone down his aggressive comments and remarks, his sidekick barely has any time to play the game, he is too busy having sex with one female house-guest after the other, and there was on an online petition against Jack to get him out of the house.

Former Big Brother 20 winner Kaycee Clark believes Jack is a good contender to win the whole game. I highly doubt it, unless the rest of the house is filled with complete idiots.

This is not a popularity contest or a hooking up opportunity, this is a game to win a half million dollars and someone needs to do something quick and put Lord Farquaart in his place.