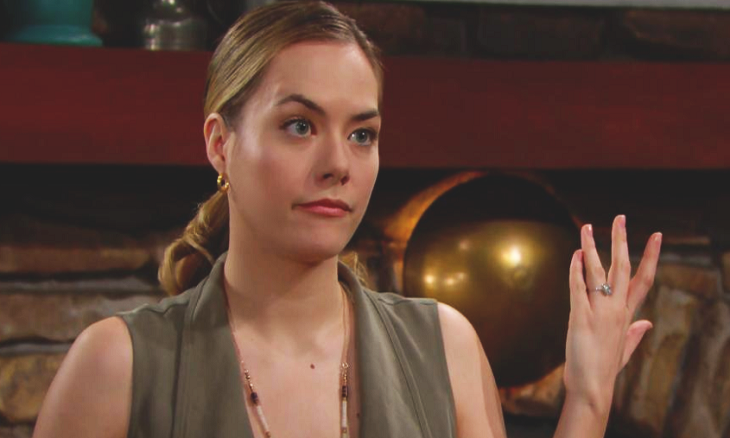 The Bold and the Beautiful (B&B) spoilers tease Hope Logan’s (Annika Noelle) made a life-changing decision, one that has her family and loved ones worried. Brooke Logan (Katherine Kelly Lang) and Liam Spencer (Scott Clifton) plot to get Hope to change her mind about marrying Thomas.

Noelle shares that Hope is stuck between a rock and hard place because of her love for Douglas Forrester (Henry Joseph Samiri). She thinks he is an amazing little boy and he’s her chance to be the mother she’s always wanted to be.

When Liam told her that he had slept with Steffy Forrester (Jacqueline MacInnes Wood) that was athe motivational force behind Hope’s decision to marry Thomas Forrester (Matthew Atkinson).

Bold and the Beautiful spoilers tease that Hope accepted Thomas’ proposal because she thinks she has nothing to lose. She begins to push everyone away who cares about her. It’s clear Hope isn’t thinking clearly, and she needs a mental health evaluation.

In many ways, Hope feels like a failure because she couldn’t bring Beth into the world safely and she lost her. She still misses her daughter and the sense of loss is growing stronger every day.

Bold And The Beautiful Spoilers – Thomas Forrester’s Attachment Is Creepy

Little does she know; he doesn’t want to do that. He wants to spend his life with her, and he believes they are meant to be together. His attachment to her is downright creepy.

Hope believes she and Douglas can heal each other and the only reason she agreed to marry him was out of love for the boy. Brooke and Liam think that she can be there for Douglas without marrying Thomas. Liam is terrified that something bad will happen if she goes through with the wedding.

Do you think Hope will marry Thomas? Is Liam right, is something bad going to happen?