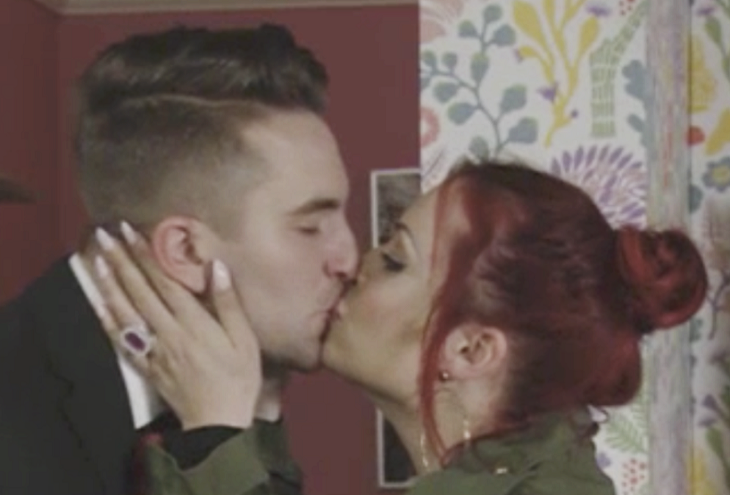 Whitney Dean (Shona McGarty) and Callum Highway’s (Tony Clay) wedding date has finally been revealed on “EastEnders.” The couple is set to tie the knot at the Chapel Hill on August 31.

As Whitney excitedly plan for her upcoming wedding, Callum is also preoccupied with his issues with Ben. Will she ever find out the truth that his fiancé has been romantic with Ben before their big day? Or will things go as planned where they end up getting married only to find out afterward that her husband is gay?

Last week, viewers saw Stuart Highway (Ricky Champ) attack Ben Mitchell (Max Bowden) in the park during the Pride festivities. Before the confrontation, Callum’s older brother saw Ben kissing him on the cheek. Stuart turned up at the Prince Albert to clear things up with Callum. He told him he saw everything and questioned him about his real relationship with Ben.

Oh, how wrong you are, Stuart. #EastEnders pic.twitter.com/JoyblqtqtM

Callum eventually admitted that something happened between the two of them but insisted that he loves Whitney. Later, Ben received a text from Callum for meetup. However, when Ben arrived in the park, there was no sign of Callum. It was Stuart who was there, instead. Stuart physically attacked Ben and the latter didn’t fight back with the intention to protect Callum.

This week, Callum was horrified to see what his brother has done to Ben. Callum tried to talk to Ben to find out what happened but Whitney interrupted them. Ben still wanted to protect Callum, so he made no mention of Stuart.

Meanwhile, Callum confronted Stuart and the latter explained that he wouldn’t allow anything to ruin his future and his wedding to Whitney.

“Be happy, mate. Ben and dad are sorted,” Stuart said. “You’ve got a wedding to look forward to. Life couldn’t be better!” Although Stuart wants only what is best for his brother, will he realize that his actions are hurting him instead?

Meanwhile, Whitney will notice that Callum might be having doubts about their wedding. As Whitney makes the needed preparation and excitedly tells Callum that she has booked the wedding venue, Callum tries to look excited.

However, Whitney sees through him and confides in Chantelle Atkins (Jessica Plummer), who immediately gives her reassurance. Will her wedding turn out just the way she wants or will the truth come out before they tie the knot?