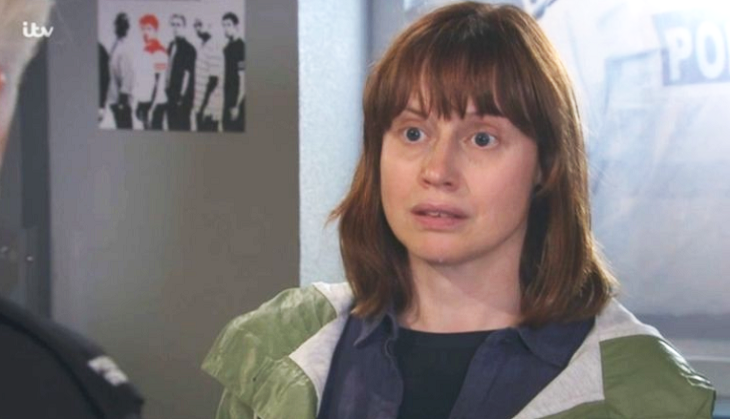 Who would have known that Karen Blick, who is well-known for her role as Lydia Hart, nearly quit being an actress before she was cast in “Emmerdale”?

The 44-year-old star got her big break after twenty years of struggling to make a name for herself in showbiz. Blick said she had a small screen and theatrical experience before she joined the show. She managed to get some “decent roles” as a jobbing actress but said that “it was hard.”

Before she landed a four-week stint on “Emmerdale” back in 2016, she said she’d started to give up hope of becoming a famous actress and had turned to teaching instead.

Emmerdale News – Producers Were Impressed With Her

“There were many times I’d considered giving it up. I even trained as a teacher and did a PGCE in 2008,” Blick told The Mirror.

The producers of the soap were amazed by her skills that they wrote her in full time and she became Sam Dingle’s (James Hooton) ditzy girlfriend, that viewers have grown to love. She considers joining “Emmerdale” as “an absolute dream come true. It was wonderful. I’m a Yorkshire-based actress and I’ve got a fantastic role in a Yorkshire-based soap,” she said.

Blick’s first TV appearance was in “No Angels” back in 2016. Ten years after, she appeared in “Nomads,” and then became part of “Emmerdale” in 2016. She appeared in “Good Evening Britain,” and “Lorraine,” as well as in “The Girlfriend Audition” and “Dark River.” Last week, she was seen along with Sam, streaking through the rolling countryside naked, just so they could fulfill Lisa Dingle’s (Jane Cox) dying wish.

Now, Blick is facing a tough and sensitive storyline, one that she must deliver with justice because of the topic that it tackles. It’s been revealed that her alter ego has lied all this time about her identity and that she has been keeping a horrible secret from everyone, including Sam.

When she was 15 years old, she delivered a stillborn baby, which she buried in the grounds of the orphanage where she used to live.

TONIGHT: The Dingles come to terms with Lydia's past. #Emmerdale pic.twitter.com/CNyAXolNPP

Blick considered this a “fantastic opportunity,” but also knew that it is a tough one. “When I first heard about the storyline I thought, ‘What a fantastic opportunity for an actor – amazing’. Then the panic set in. I realized I had to do this justice, because the subject matter is so sensitive. It has been so beautifully written. When you read a script and start crying, then you know it hits the spot and you want to do it justice.”