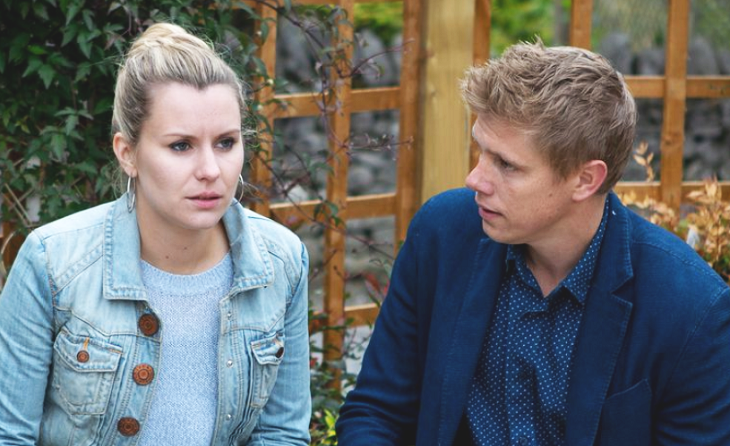 “Emmerdale” spoilers reveal that Robert Sugden’s (Ryan Hawley) revenge against Lee Posner is far from over. He begins to stalk his sister’s rapist in his house.

He will continue to go after Lee and make sure he pays for his crimes in whatever way possible. He will come up with a plan, but it will require some help and that’s when Dawn Taylor (Olivia Bromley) comes into the picture. But her involvement could put her life in danger.

Next week, Robert will ask Dawn to help him with his plan to expose Lee for who he really is. Robert offers her £500 to get Lee’s attention. She takes the offer, since she is in desperate need of cash, so she can support her son Lucas. He then takes things up a notch by asking Dawn to entrap Lee in view of a CCTV camera, to which she agrees when Robert says he will give her more money.

Aaron Dingle (Danny Miller) learns about his plan and wants to stop Dawn from doing what she’s supposed to do. However, the plan has already taken place, and she was able to catch Lee’s attention.

Victoria Sugden’s (Isabel Hodgins) rapist now wants to bring Dawn to a place where they can be alone. Will Dawn find herself in a dangerous situation? Will Robert and Aaron arrive before sometime terrible happens to Dawn?

Meanwhile, Victoria Barton remains firm in her decision to leave the village for good. Viewers have seen Lee’s mother Wendy (Susan Cookson) defend her son after learning about Victoria’s accusation and pregnancy.

Next week, fans of “Emmerdale” will see the aftermath of it all, while Victoria tries to find a buyer for Keepers Cottage. Wendy will show up during an estate viewing and warns Victoria that Lee could file for custody.

She also made it clear that she wants to be a part of the baby’s life. Wendy’s words will make Victoria want to leave the village even more.

Additionally, Wendy, through a letter, demands that Victoria undergo a DNA test. With both Lee and Wendy taunting Victoria, Robert won’t sit idly by and do nothing. He will try to get justice but his latest plan could have devastating consequences.