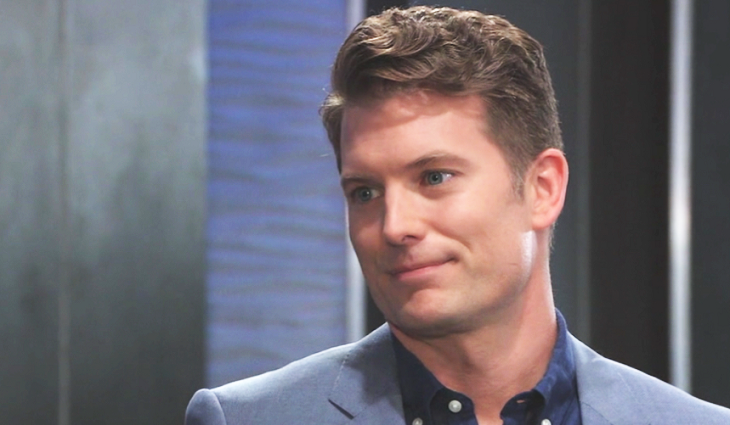 She is trying to draw out the criminal who has been responding to online dating profiles of women and then not showing up for the dates but burglarizing their homes instead. Dustin and Lulu seemed to be having a very good time on their “date” and the scene appeared to be a screen test for chemistry between the two.

General Hospital Spoilers – Lawson Will Be Sticking Around As Dustin Phillips

Soap Opera News reports that Lawson has joined the cast as a new character, so it sounds like this is more than just a one-time appearance. He appeared as Brody Lovett, a war veteran in a role similar to that of Chet Driscoll (Chris Van Etten).

He also played a former Navy Seal like Drew Cain (Billy Miller) in 482 episodes of “One Live To Live”. However, Brody, like Dante, suffered post-traumatic stress disorder and a mental breakdown.

Lawson also appears as “William” in a film currently in pre-production called “Heretic”, one currently filming as “Christian” in “One Night In San Diego”, “Jason” in “Killer Contractor”, in post-production, “Gareth” in “Killer Reputation” , “Brady” in “Ex-Wife Killer”, as “Ted Copeland” in the 2016 tv series “Pitch”, “Seth” in a movie called “Dear Diary I Died”, and also in the tv series “Cold Case” as “Jerry Stone”.

General Hospital spoilers tease that Maxie Jones (Kirsten Storms) will royally mess things up for Dante and Lulu when she goes and confronts Dante in an upcoming episode,

Spoilers indicate that Dominic Zamprogna cannot commit to playing Dante as much as Lulu needs him to and no recast of the character is currently being planned.