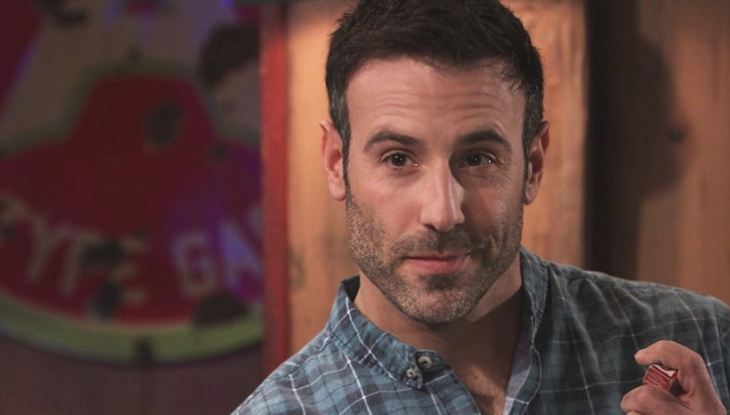 General Hospital spoilers tease the walls are closing in on Shiloh Archer (Coby Ryan McLaughlin) as he becomes trapped in a web of evidence by former Dawn of Day members. There is also new evidence of criminal activity behind the scenes of his “initiation ceremonies” in which he drugs women by spiking a cup of valerian root tea with carfenadol, which may be a misspelling of the actual drug carfentanyl, which is similar to the dangerous opiod fentanyl.

The women who Shiloh has violated are coming together to take him down from all sides. This is while Shiloh himself is distracted by his search for his son with Willow Tait (Katelyn MacMullen) who he thinks is Wiley Cooper-Jones (Eric and Theodore Olson) but who actually is not.

He is Jonah Corinthos, the child of Nelle Benson (Chloe Lanier) and Michael Corinthos (Chad Duell) who Nelle swapped with Shiloh and Willow’s dead baby when Brad Cooper (Parry Shen) came across Nelle in a wooded area carrying her live baby. The baby had just been delivered by Liesl Obrecht (Kathleen Gati).

Carol was caught on video and wrote a statement that she was manipulated by Shiloh into taking the fall for him when Douglas Miller’s murder was staged as a suicide by an overdose of carfentanyl, which Carol supplied to him. Sam intends to take Carol’s confession and video to Mac Scorpio (John J. York).

In Friday’s episode of General Hospital Jason seems to have helped Harmony see the true light when he told her the timeline of when Douglas died and Willow was initiated and she realized Shiloh was missing for the three hours in which Douglas died.

General Hospital Spoilers – Kristina Corinthos Could Be An Important Witness

She will also likely turn against Shiloh and be an important factor in his take-down. There may also be a factor in Harmony’s case that Shiloh rejected her in favor of her own daughter sexually when she was pushed out of the “inner circle” during that time and left to run the Beecher’s Corners Dawn of Day while Shiloh himself went to start the Port Charles location.

Kristina Corinthos-Davis (Lexi Ainsworth) will also be an important witness against Shiloh. She definitely gained the upper hand over him in Friday’s episode when she blasted him and admitted she’d given him false information in her pledge, so he can’t use it against her mother, Alexis Davis (Nancy Lee Grahn). This happened publicly, in the Metro Court and she also threatened to refile the charges previously dropped against him.

Kristina, Harmony, Willow, Carol, and Sam as well all have complaints against Shiloh although in Sam and Kristina’s case his predatory actions were thwarted and they were rescued before he could complete their “initiations”.