The Young and the Restless Spoilers Thursday, July 11: Chance’s Arrest Shocker Revealed, Adam Bailed Him Out – Rey Fumes Over Father 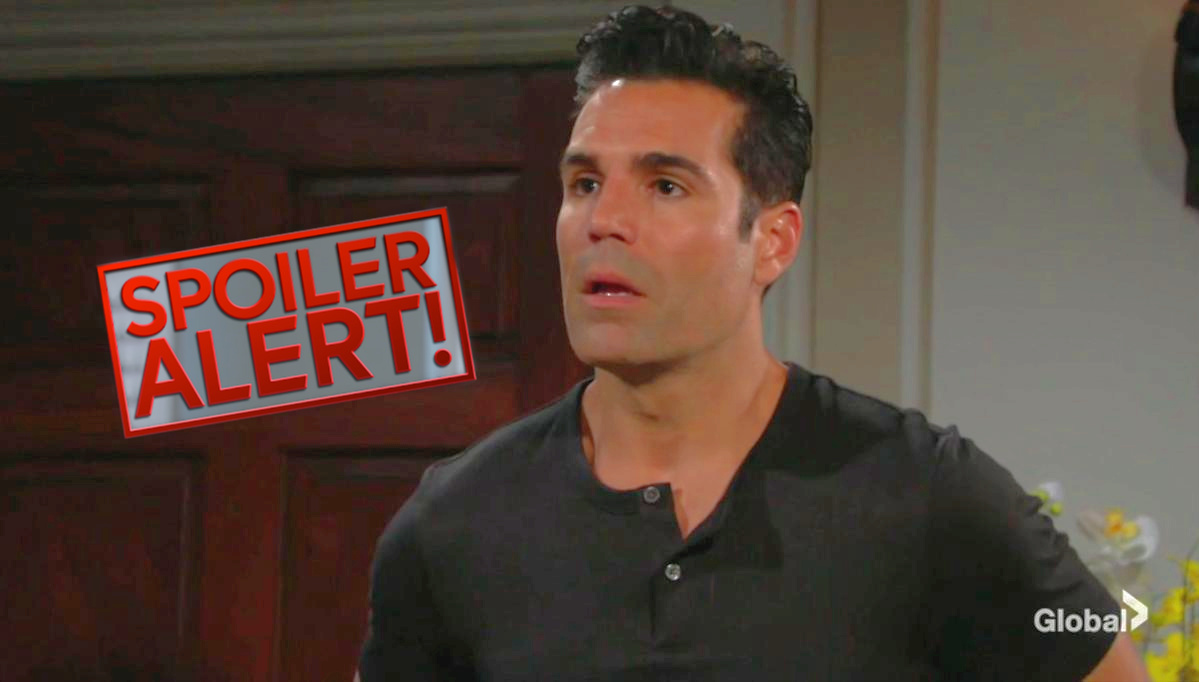 “The Young and the Restless” spoilers for Thursday, July 11, tease that Kyle Abbott (Michael Mealor) will get a reminder of his party-boy past. At Society, Lola Rosales (Sasha Calle) tells Kyle that he can move back to the apartment. Theo Vanderway (Tyler Johnson) struts over and gets Kyle to recall their days as troublemakers. He wants to shake things up again without Lola around.

At the Abbott mansion later, Kyle and Lola are enjoying a quiet night alone. Theo arrives with plenty of party guests, so Kyle isn’t pleased. He’s even less pleased when Summer Newman (Hunter King) shows up and pitches the idea of skinny dipping. Lola insists she’s fine with Kyle hanging out with the gang, but she decides to head home.

It doesn’t take long for the bash to get wild. Kyle has an outburst after Theo turns up the volume of the music and something gets broken. He orders everyone to leave, which leads to a cruel comment from Summer. She compares Kyle to his grandfather since John Abbott (Jerry Douglas) was all about making his wife happy. Summer alludes to the fact that it didn’t work out well for John, which infuriates Kyle. He pushes Theo and demands that they leave.

Over with Rey Rosales (Jordi Vilasuso), he catches up with his mom in her suite at the GCAC. Celeste Rosales (Eva LaRue) updates Rey on the friction with Lola and feels her daughter’s too stubborn. Rey hints that Celeste is stubborn as well and ultimately learns his dad’s been in touch. He’s angry when Celeste notes Lola’s father wants to walk her down the aisle.

Young and The Restless Spoilers: Rey Rosales Doesn’t Think His Day Should Be Back in His Mom’s Life

Rey also finds out Papa Rosales has been pushing for money, so that’s another red flag. He doesn’t think Celeste should be letting his dad back in her life and warns Lola can’t know about any of this. Kyle arrives back at the apartment feeling a bit glum about feeling so out of place at the party. Lola still excited by her sexy fiancé, so they prepare to make love.

Unfortunately, Celeste brings that plan to a screeching halt. Lola’s forced to answer the door and fibs that she was sleeping. She notes that they can talk things out tomorrow, which Celeste gets on board with. Mama Rosales calls out to tell Kyle goodnight before she goes, so he tells her goodnight as well.

Over with Chelsea Newman (Melissa Claire Egan), she gets grilled by Paul Williams (Doug Davidson) again. Chelsea isn’t aware of any major enemies Calvin Boudreau (John Burke) might’ve had, but she confesses Calvin wasn’t proud of some of the things he’d done. Paul’s still waiting on more autopsy results and will get back to Chelsea later.

Nick reassures Chelsea when she frets about landing on the suspect list. He doesn’t want her to run again. After Nick takes off, Chelsea paces around a bit before getting online to do a search. Nick finds Paul at Crimson Lights and chews him out over his treatment of Chelsea. Paul mentions some good reasons to be suspicious – like Chelsea’s history and the fact that Calvin might’ve left her money.

Nick insists Adam Newman (Mark Grossman) is the one with the strong motive here. He wants Paul to focus on Adam instead, but Paul points out they still need those test results. Rey meets with Nick soon after and relays that there’s been more tension with Sharon Newman (Sharon Case). Her connection to Adam is still troubling Rey.

Next, Rey divulges what he learned in Vegas. He reveals that “Chance” Chancellor was arrested for assault, so Adam bailed him out. Nick’s floored by the news and decides to speak with Jill Atkinson (Jess Walton) after learning Chance went off the grid. Jill is just as taken aback by all this. She struggles to believe that Chance would be hanging out with a guy like Adam.

Jill phones Chance in hopes that he’ll get in touch with her. She also promises Katherine Chancellor’s (Jeanne Cooper) portrait that she won’t fail Chance since they both loved him. Nick reconvenes with Chelsea, who’s upset about Adam’s possible guilt in Calvin’s death. She lets Nick hold her as they grow closer.

“The Young and the Restless” spoilers say another fantastic episode’s ahead. We’ll keep you posted as other Y&R details and rumors emerge. Stay tuned to see what’s next in Genoa City.