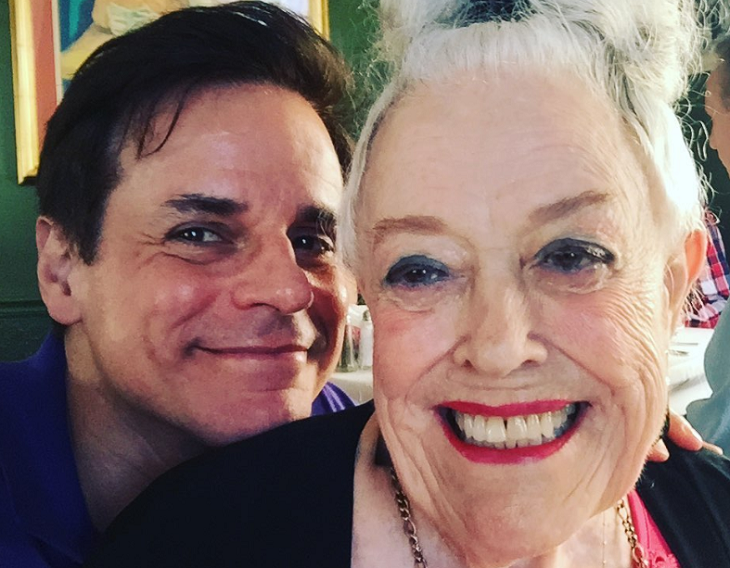 The 90 year old passed away on July 1, 2019. LeBlanc wrote on his Instagram account, quoting William Shakespeare from his classic work, “Romeo and Juliet” in regards to his grandmother’s passing, “Good night. Good night. Parting is such sweet sorrow, that I shall say good night till it be morrow”

Christian has played Michael Baldwin since 1991 (although he left in 1993 but returned in 1997). Michael is the son of Gloria Abbott Bardwell (Judith Chapman) and River Baldwin (Michael Gross) and half-brother of Kevin Fisher (Greg Rikaart). He is also the father of Fenmore Baldwin (Max Erich) and a first cousin to Billy Abbott (Jason Thompson).

Young And The Restless News – Michael Baldwin Worked For Newman

An attorney, he has been close friends with Phyllis Summers (Michelle Stafford).  More recently, he worked as attorney on behalf of Newman Enterprises, and suffered a bout with cancer, was disbarred, but then was hired again by Newman Enterprises at the request of Victoria Newman (Amelia Heinle) as a legal advisor.

Good Night Good night. Parting is such sweet sorrow, that I shall say good night, till it be morrow. #goodnightmybeautifulauntuntiltomorrow

Michael and Phyllis are still close platonic friends although both have been married to others, and Phyllis uses Michael as a shoulder to cry on when necessary. Michael was implicated in many illegalities, including aiding and abetting Victor Newman (Eric Braden) in many schemes over the years.

LeBlanc has been nominated for a Daytime Emmy for the role of Michael Baldwin eight times, and also played Kirk McColl on the defunct soap opera “As The World Turns” from 1983 to 1985. He played a police officer in the prime-time drama “The Heat of The Night” in 1988 for eight episodes, and crossed over to “As The World Turns” as his “The Young and the Restless” character Michael Baldwin in April 2005.

Young And The Restless News – His Grandmother Will Be Sorely Missed

At that time, he assisted Jack and Carly Snyder (Michael Park, Maura West) in a custody suit. LeBlanc made a guest appearance on the Showtime late-night cable TV series “Red Shoe Diaries” and reprised the role in a video movie.

Young And The Restless Comings And Goings: Ashley And Jill Return To Genoa City

Mary Ann was a mother, aunt, and grandmother to many and will undoubtedly be sorely missed by Christian and his family.