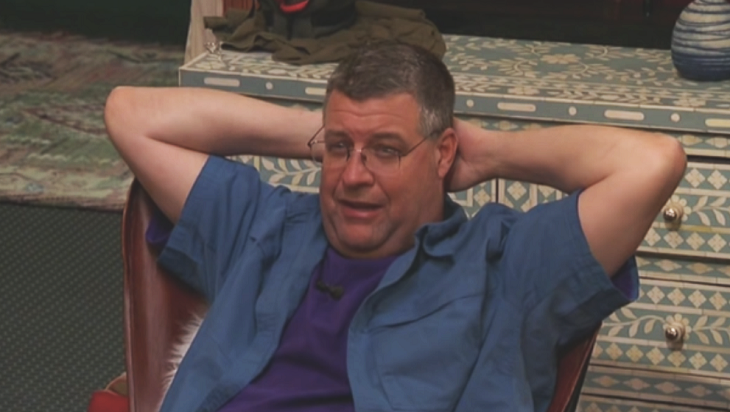 Cliff knows that he is an underdog in the house, and right now, he is just playing it smartly since Sam got him off the block. He has a final three alliance with Nicole and Ovi, who he feels are also not part of the “popular kids.”

Even though Ovi is not technically playing the game because he is in Camp Comeback, it doesn’t hurt to solidify things. Nicole is in the house and she is playing just like Cliff, under the radar, and all three feel they can trust each other.

During Jack’s nomination speech, he said there was an alliance forming that wanted to vote him out, and that made Jessica really upset. There is a rumor going around the house that there is an all girl’s alliance, “The Black Widows.”

Bella is behind it, saying that Jessica formed the alliance, and Jessica is now upset that there may be a target on her back because of Bella. Apparently, this alliance has now blown up, and there are no hopes of the women taking out Jack.

Cliff is playing right now with a sort of “pretend” alliance with Nick and Bella, but he doesn’t trust them either – Ovi warned him to watch his back with the two of them. Bella really thinks she has a lot of power in the house.

She told Cliff that if he doesn’t mind going on the block a couple of times as a pawn, she can keep him in the house until the finals. Cliff thinks power is going to her head, that was just a little too condescending and she is not calling all the shots in the house.

Big Brother 21 Spoilers – Fitting In With The Popular Kids

Basically, as soon as someone emerges as an underdog, they’re gone the next week. This season no one seems to have fought in them, or they just don’t care. It’s so weird.

Cliff is the “real” underdog this season and I am thrilled that he is back and his “Fellowship of the Zing” may be just the alliance to take on Jack and win the whole thing.

The rest of the house is too concerned with showmances, comparing the guy’s crotches that they sleep with and with fitting in with the “popular kids.”