Bold And The Beautiful Spoilers: Thomas Tricks Hope To Get Her To The Altar Faster 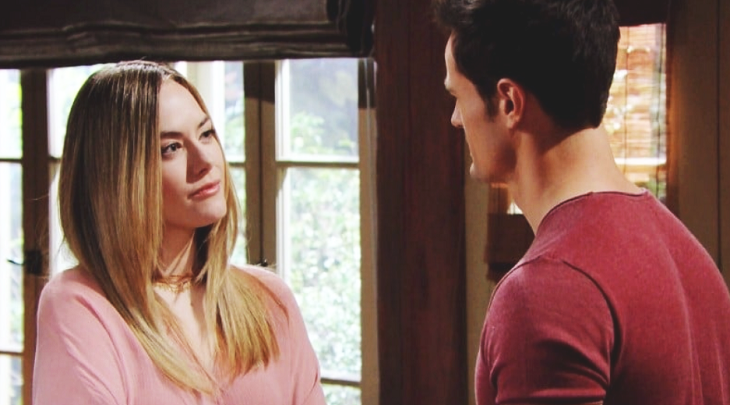 The Bold and the Beautiful spoilers tease that Hope Logan (Annika Noelle) will be the victim of yet another one of Thomas Forrester’s (Matthew Atkinson) manipulations.

As B&B viewers know, Thomas is keeping a big secret from Hope. He knows that her daughter, Beth Spencer, is alive and living life as Phoebe Forrester (River Davidson and Madeline Valdez). But he’s keeping mum about the secret so he can have Hope all to himself.

Thomas knows if Hope were to find out about Beth’s existence, she’d probably get back together with Liam Spencer (Scott Clifton), and Thomas won’t stand for that. So, he’s strong-arming all the secret-keepers to keep their mouths shut about Beth. He even helped cause Emma Barber’s (Nia Sioux) death to protect the secret.

Bold And The Beautiful Spoilers – Douglas Forrester Sweetly Proposed To Her

Then, Thomas orchestrated a big marriage proposal, during which Douglas Forrester (Henry Joseph Samiri) sweetly and innocently proposed for his father. The trick worked, and Hope agreed to become Thomas’ wife and Douglas’ new mommy. But now, Thomas is going to do his best to get Hope to marry him as soon as possible.

Thomas will feel that he has to rush the marriage to make sure it really happens. He knows that there is some strong opposition against their union. As B&B viewers know, Steffy Forrester (Jacqueline MacInnes Wood) has pushed back against Thomas on how obsessed he seems over Hope. And both Liam and Brooke Forrester (Katherine Kelly Lang) are strongly against Thomas and Hope’s union.

According to B&B spoilers, Thomas will enact another manipulative plan in order to get Hope to push up their wedding date. Thomas isn’t going to stand for a long engagement, so he’ll have to do something to rush things. Exactly what he does remains to be seen, but count on it being something manipulative and sneaky to get Hope to agree to a quickie wedding.

Bold And The Beautiful Spoilers – Will Thomas Forrester Use His Son Again?

Of course, since this is Thomas that we’re talking about, he could do just about anything to get Hope to agree to push up the wedding date. Whatever he does will probably be pretty extreme, because it will cause Hope to agree to a fast wedding, even while she’s getting serious push-back from Brooke and Liam.

Perhaps Thomas will use Douglas again to get Hope to tie the knot quickly. B&B spoilers say that whatever he does will involve some trickery, so viewers will want to stay tuned. What do you think Thomas will do to get Hope to agree to a quick wedding?