Days Of Our Lives Spoilers: Xander Reconsiders His Plan To Let Ted And Kate Live 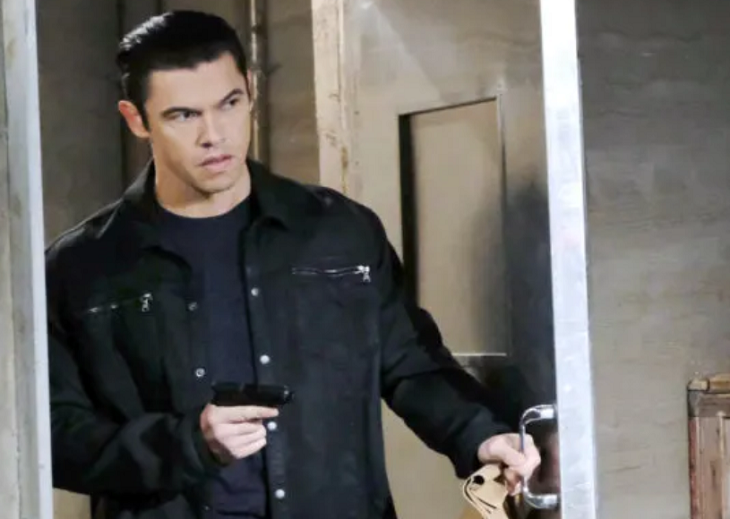 Days Of Our Lives spoilers tease that Xander Cook Kiriakis (Paul Telfer) will have second thoughts about his plans for Ted Laurent (Gilles Marini) and Kate Roberts (Lauren Koslow) on the July 11 episode.

By this time, he’s already been reamed by Kristen DiMera (Stacy Haiduk) for not killing them to begin with instead of stashing them in the secret room in the DiMera mansion.

Kristen discovered them alive, while masquerading as Nicole Walker (Adrienne Zucker), on a recent episode of Days of Our Lives. This was when Stefan DiMera (Brandon Barash) sent her for champagne for a special DiMera Gabi Chic/Basic Black joint event and Kristen found Ted and Kate kissing.

She was furious that Xander had not only not killed the two of them, but lied to her that he had, saying they were buried “in the bowels of hell!”

Xander may be reconsidering killing the inconvenient pair after all, before Kristen decides to kill him, which he well knows that she might! She’s not falling for his smooth talk every single time, and he may need to save his own skin although he does appear to be “going soft” as Kristen put it.

He even tried to convince her at one point that killing is not always the go to method to handle inconvenient people. There is leverage – if the inconvenient person knows you have something that can bring them down, then if you try something the person with leverage doesn’t like.

Then you get brought down, turned into the police, or face other consequences. Eve Deveraux (Kassie DePaiva) is another Salem resident who seems to have mastered that art!

However, Xander does have some leverage over Kristen he can use – the knowledge that she is really Kristen, for one. If Ted used his brains, he’d realize he has leverage over Xander, since Xander involved him in the fake death of Holly Jonas (Scarlett and Harlow Mallory). But up until recently, he’s been too afraid of incriminating himself to use it.

However, other Days of Our Lives spoilers say that Ted and Kate’s rescue is just ahead; and Xander and Kristen work things out with each other without one of them killing the other first!