EastEnders Spoilers: Big Trouble Ahead For Jack Following His Brutal Attack On Fraser 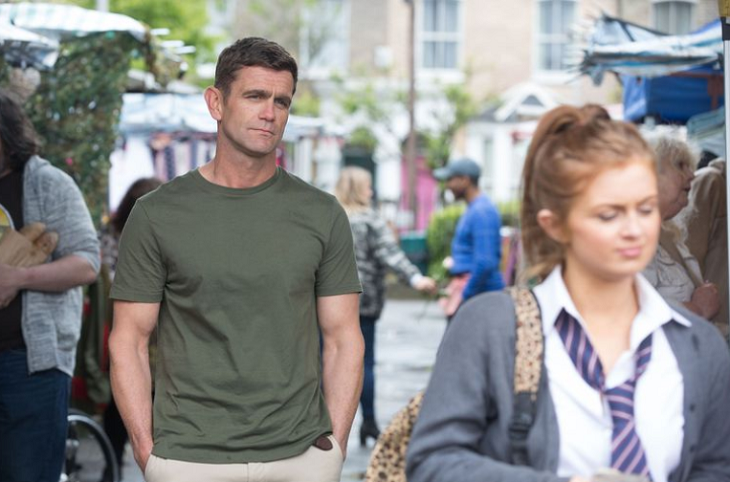 Although Jack Branning (Scott Maslen) only wanted to see justice served to the man who attacked his niece Tiffany Butcher (Maisie Smith), it would seem that he’s the one who’s going to jail soon. He’ll be facing problems with the police as they catch up with him over what he did to the drug dealer.

Fraser ended up being brutally assaulted when his confrontation with Robert got out of hand. When Robert learns the police are on to him, he tries to ask Denise Fox (Diane Parish) for an alibi. But when he fails to give her the reason why, they split up instead.

With the police on their way to see him, his brother Max Branning (Jake Wood) suggests that he go into hiding. Will he do what his brother says or will he give himself up to the police?

EastEnders Spoilers – Tiffany Butcher Told Her Uncle She Had Been Raped

Back in April, Tiffany confessed to her uncle that she was raped by when she was on the run with the gang. Jack couldn’t do anything as she made him promise not to tell anyone. Just when Tiffany was trying to get her life back on track, her attacker, Fraser showed up in town.

When Jack tried to get justice for Tiffany, she warned him to back off. At first, he agreed reluctantly but changed his mind later on after he saw Fraser in the park. Jack called his police friend Muski (Patrick Cremin) but their conversation led nowhere. So he took matters into his own hands, which led to the brutal confrontation with the drug dealer.

With Tiffany still unaware about what happened, Jack tried to move on and supported Max, who has been struggling financially, thanks to Rainie Branning (Tanya Franks). Later, Muski visited Jack and informed him that his name came up in an investigation.

EastEnders Spoilers – Jack Branning Will Have To Face The Consequences

Tiffany finds out about Muski’s visit, which forces Jack to tell her and Max everything. He tries to ask Denise to give him an alibi without giving her any reason why.

Kush Kazemi (Davood Ghadami) managed to convince Denise to help Jack but when she asked once again for the whole story, Jack still refuses, which forces her not only to refuse him but also to break up with him.

Jack will eventually have to face the consequences of what he did especially after the police’s conversation with Tiffany. As Max tells Jack that the police are on their way, he suggests that he go into hiding. Will he take Max’s advice? Even if he does, viewers know from the summer trailer that Jack will be led away by the police.