The Young and the Restless Spoilers Friday, July 12: Adam’s Murder Evidence Against Chelsea – Calvin’s Cause of Death – Victor’s Meltdown 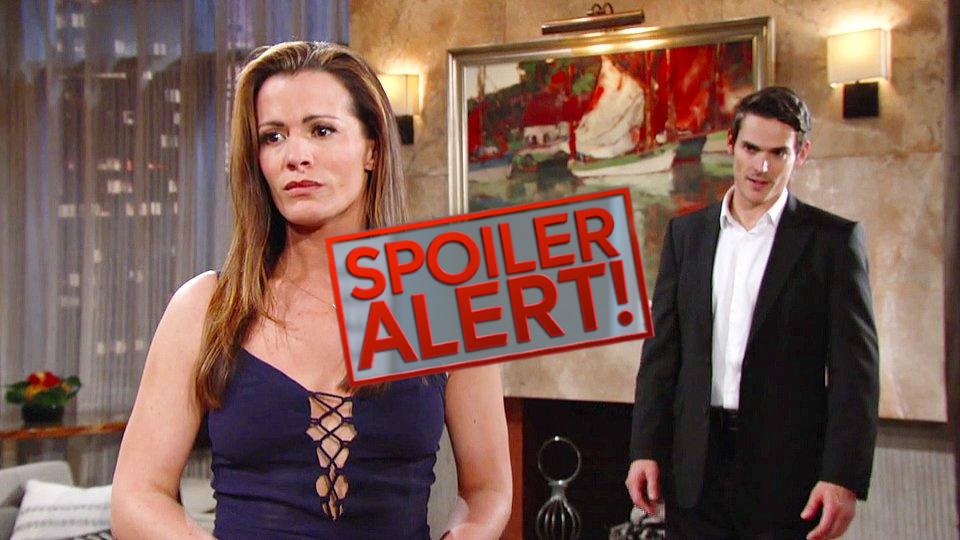 “The Young and the Restless” spoilers for Friday, July 12, tease that Nick Newman (Joshua Morrow) will make a risky suggestion. At home, Nick thinks maybe Chelsea Newman (Melissa Claire Egan) should bring Connor Newman (Gunner and Ryder Gadbois) back to Genoa City. When Chelsea reminds Nick of the threat Adam Newman (Mark Grossman) poses, Nick confesses he was getting caught up the past.

Chelsea worries about Adam’s next move and just how far he’ll go. At the police station, Adam hints that Chelsea’s murder motives. He tells Paul Williams (Doug Davidson) that Chelsea stood to gain financially from Calvin Boudreau’s (John Burke) death and was fighting with him beforehand. Adam offers a recording as proof and suggests he’s doing this because Chelsea turned on him.

At Crimson Lights, Phyllis Summers (Michelle Stafford) and Christine Williams (Lauralee Bell) push each other’s buttons. Christine’s just sorry she won’t be DA when Phyllis inevitably commits another crime. She would’ve liked the chance to lock Phyllis up for it. Chris meets up with Paul later and notes that they know what to do regarding Calvin’s case.

Young and the Restless POLL: Was Chelsea Set Up For Calvin’s Murder? Vote Now!

Paul shows up at Nick’s place with autopsy updates. It turns out Chelsea’s in the clear since Calvin had a massive coronary. The “widowmaker” took Calvin’s life, so Paul’s no longer investigating. However, he makes it clear that Chelsea should be careful as far as Adam is concerned. Once Paul’s gone, Nick notes that Chelsea’s days of living in fear are over.

Back with Phyllis, she speaks with Adam about Victoria Newman’s (Amelia Heinle) concerns. Victoria doesn’t think Adam can trust Phyllis, but Phyllis balks when Adam relays it. She argues that Victoria’s trying to undermine her and vows to take care of the matter. Adam also speaks to Phyllis about Christine’s decision to step away as DA and suggests he’d like to “buy” her replacement.

Over with Billy Abbott (Jason Thompson), he gets a text from Chloe Mitchell (Elizabeth Hendrickson) and heads to the Chancellor mansion. Esther Valentine (Kate Linder) realizes Billy’s there to check on Kevin Fisher (Greg Rikaart), but Kevin is out. Billy notices Delia Abbott’s (Sophie Pollono) doll is out and picks it up. Esther speculates that maybe Kevin showed it to Bella Fisher (Cali May Kinder) while video chatting.

At Newman Enterprises, Nikki Newman (Melody Thomas Scott) admits to Victoria that Victor Newman (Eric Braeden) is becoming more forgetful. She hopes his mental state won’t get worse, but Victoria fears that it might.

Billy can’t seem to shake his thoughts of Delia’s doll later. He mentions it to Victoria, who notes that having Adam and Kevin back in town has brought up some things. Victoria is distracted by her confused and belligerent father soon after. Victor argues with Society’s bartender about a brand of tequila that they’ve always had according to him. He bartender insists they don’t stock it.

Victor frets over his own condition later, but Nikki reassures him. She thinks they can just stay on the ranch more often for now and get through this as a team. Nikki eventually talks to Victoria about the side effects again. She’s counting on Victor’s latest problems to be temporary.

Back at the Chancellor mansion, Billy stops by once more and asks for the doll. Esther worries Billy isn’t doing well, which is clearly the case. Billy remembers Delia laughing before offering reassurance to Esther. Over with Mariah Copeland (Camryn Grimes), she chats with Lola Rosales (Sasha Calle) about the cooking video they shot. Lola wants to wait until after the nuptials to post it.

Young And The Restless #YR Spoilers: Is Calvin Really Dead – Or Is This Chelsea’s Biggest Con Yet? https://t.co/QCadokCT3F

Since Lola needs some alone time with her mom to clear the air, Mariah resolves to make up an excuse to pull Kyle away. Later, Celeste Rosales (Eva LaRue) pushes Lola and Kyle Abbott (Michael Mealor) to hold off on tying the knot. She thinks all of this is happening awfully fast, but Kyle isn’t keen on a wedding delay.

Celeste Rosales Moving Back In With Kola

Once Mariah shows up to yank Kyle away from the table, Lola and Celeste have a chance to about their recent conflict. Celeste gets emotional about Lola not needing her anymore, but Lola soothes her concerns. Afterward, Celeste assumes she can move back in, which puts “Kola” back in a tight spot. Lola fills Kyle in, but he’s OK with it. They’ll have plenty of privacy after the wedding and there are some hot benefits to sneaking around.

“The Young and the Restless” spoilers say some great drama’s ahead in Genoa City. We’ll keep you posted as other Y&R news and rumors emerge. Stay tuned to see what’s next on the CBS soap.