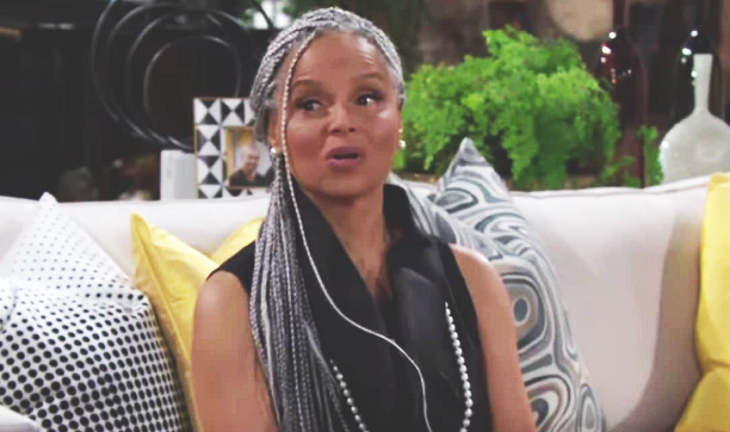 The Young and the Restless (Y&R) spoilers tease that Victoria Rowell could return as Drucilla Winters in the coming months. Victoria said that the ball is in CBS’ court, as they are well aware of the fact that she wants to return as Dru.

The actress shares that not only would she love to return, but Kristoff St. John, the actor who played Neil Winters, campaigned for her Y&R return. He went to the executives and tried to do everything he could to get them to rehire her.

Rowell isn’t sure if CBS is planning on sending her an employment offer, but she would love to come back and breathe new life into the Winters family. Currently, Devon Hamilton (Bryton James) is the only member of that family still on the show.

Speaking of Devon, Rowell said that character is very special to her. She created and pitched the idea of having a foster child storyline and CBS liked it and aired it. She thinks James is a fine young man, completely humble, and she loves the fact he’s become a main character on the show.

Even though she wasn’t on the Y&R anymore, she stayed in contact with St. John. She wasn’t sure the last time she spoke to him and couldn’t say if it was by email, text, or phone call. She was adamant that they were close and talked often.

Rowell was shocked to be included in the Kristoff St. John memorial episode. She said that if Sharon Case (Sharon Newman) had hugged her any tighter, she would have broken her ribs. She said they were thrilled to see each other, as they were not only best friends on the show, but in real life as well.

Young And The Restless News – Will Think Of St. John As A Generous Man

As for how she will remember St. John, she will always think of him as a kind and generous man. The kind who would give the shirt off his back if someone else was in need.

Young and the Restless #YR Spoilers: Adam and Phyllis Are A Match Made In Heaven @celebratesoaps https://t.co/m4uHIK3XjY

He was the kind of person who everyone gravitated toward. He was all about love, light, and friendship. She hopes that he knew how loved he was by everyone he touched.