Big Brother 21 Spoilers: Analyse Is The True Black Widow In The House 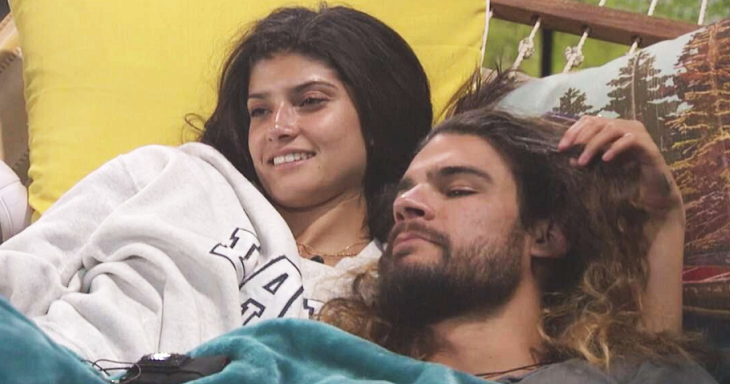 Big Brother 21 spoilers reveal Analyse slept with Jack more than once and bragged about it all around the house. Now the tables are turning between the former bed-mates. Analyse is hell-bent on getting Jack evicted from the Big Brother house.

“I am f**king here playing my own game,” Analyse told Sam. “I don’t rely on Jack.” Sam agreed and realized that if they don’t do something, they are never going to make it to the majority.

If Kemi had flipped the votes and managed to stay in the house, BB21 Analyse was definitely going to align with her. She has said several times that she likes Kemi and doesn’t trust Nicole.

Kemi said on national TV that she wants to “slit” Jack’s throat, so she could prove to be a great ally for Analyse (if she gets back in the game) in getting her former bed partner evicted.

Big Brother 21 spoilers tease, Analyse and Kemi were talking and Kemi was very clear that even if she wanted to target Jack, she has no reason to include Analyse, even if they are in a showmance. Furthermore, it never crossed her mind to even come after Analyse and she actually felt that she could further her game.

This season of Big Brother seems more like a soap opera. I really can’t in all good consciousness root for any of the women. I hope David comes back into the game, he is the only one who seems to have any smarts and truly understands this whacky bunch of misfits.

Big Brother 21 Spoilers – Could Analyse Be The One To Get Rid Of Jack?

If Analyse wants to make any real game plays, she will have to keep her legs shut or she is going to come across as the BB…… who sleeps with the men to advance herself in the game.

Kemi should just play her own game and not partner with Analyse, she is smart and likable, she doesn’t need to team up with someone else’s trash.

No matter who takes out Jack, I hope someone does it soon. I’m already tired of his insults, threats, and slander. But, it would really be funny if Analyse, the Black Widow, did lead the campaign and actually get rid of him.