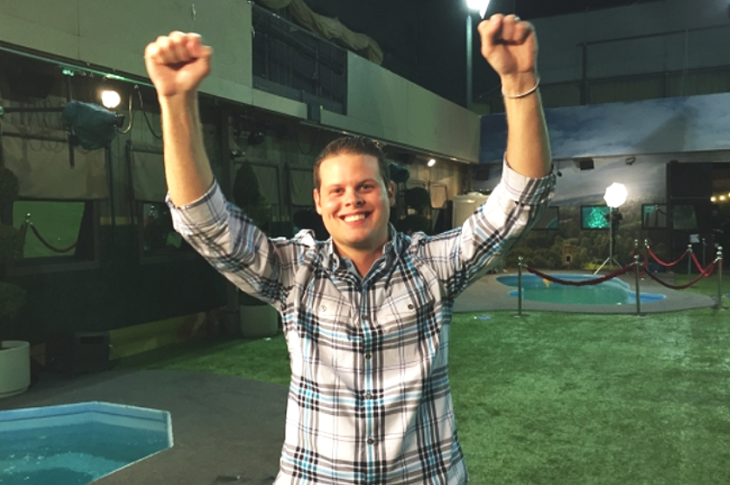 Big Brother 16 (BB16) winner Derrick Levasseur revealed on Twitter that he has a clear favorite houseguest and if he was in the game, he would team up with him. He said that he is loyal and completely honest, qualities needed to go to the end with him.

Derrick was quick to say that he doesn’t want to play again. He said the experience took a lot out of him and playing the game for that long would be stressful on his wife. But if he could play the game again, he would like to team up with Ovi Kabir.

“I said I wouldn’t play again. I changed my mind. I’ll play if I can be Ovi’s partner,” Derrick tweeted. He added, “I just want to hug Ovi.”

I said I wouldn’t play again.

I changed my mind.

This is how most BB21 fans feel about Ovi. He is sweet and seems genuine. He would be a great partner because he doesn’t hide things and is completely upfront.

In this game, backstabbing and being in a showmance seems like a way to play, but when Derrick played, he aimed to rise above that and he played a different type of game.

Derrick and Cody Califiore played a great game together. They had a level of trust that hadn’t been seen between players who didn’t know each other before the game.

The fact that Derrick would trust Ovi is a true testament of his character. Derrick was a decorated detective who believed he was a human lie detector. He said that he could detect when someone wasn’t being honest or was hiding something.

He thinks that Ovi deserves a real chance to play the game. And, most of the BB21 fans agree as he was a much better player than Kathryn Dunn, the house-guest he sat on the block next with last week.

Ovi isn’t out of the game yet. He can still win his way back. During week 4, one lucky evicted house-guest will earn his or her way back into the game. We’ll have to wait until then to see how it plays out.

Do you agree with Derrick? Would you like to play the game with Ovi?