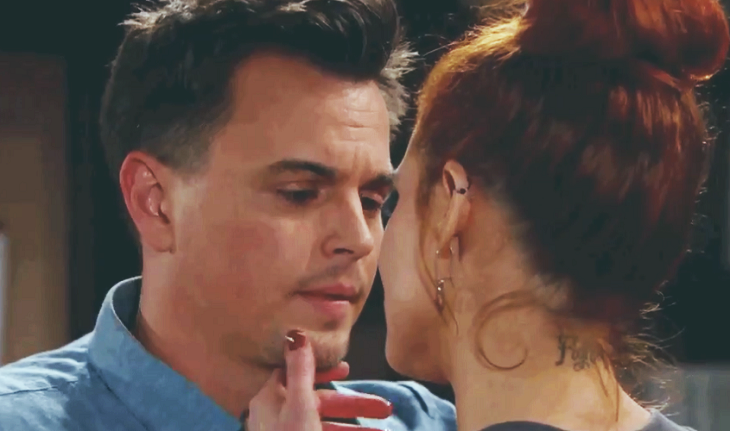 Brooke makes a point of saying she’s surprised he hasn’t been asking, given the proposal was his idea. Once alone, Brooke tells Ridge that her daughter is not in love with Thomas and complains he is using his son. Ridge is distraught she sees him that way. Brooke hates that he’s made her.

Upstairs, Douglas and Hope bond over stuffed animals before Thomas announces they have news that will make him happy. Douglas realizes she’s wearing her ring so she is marrying his daddy. Hope confirms she’ll be his new mommy, then reminds him Caroline Spencer (Linsey Godfrey) will always be his mommy too.

Bold And The Beautiful Spoilers – Brooke Forrester Debates With Her Daughter

Douglas looks forward to lots of hugs and hopes the wedding will be soon. Hope warns there are lots of details to work out. Thomas thinks about speeding things up and he hates to do it to Douglas, but they need to get this done.

Downstairs, Hope rejoins Ridge and Brooke, who urges her daughter to go to the cabin. Ridge thinks she’ll want to wait for Thomas and goes to get champagne. Brooke debates with Hope about her making a mistake and warns to wait to get married until the feelings are there. Brooke goes to call off the bubbly.

Upstairs, Thomas sets a projection of a ghost on the wall, shakes his son, then disappears. Douglas wakes, sees it, and screams. Hope rushes to comfort him, followed by Thomas. Hope decides they need to be a family right away. Douglas calls her mommy. Thomas thinks to himself, “It worked. Hope Logan you will finally be mine.”

B&B’s Wyatt Spencer (Darin Brooks) brings Flo Fulton (Katrina Bowden) dinner to the Forrester Creations design office. She informs him now that he’s back in her life she won’t let him go. They’re kissing when Sally Spectra (Courtney Hope) looks in. She flashes to canoodling with Wyatt in the same office, then to their romantic moments.

Flo spots Sally and Wyatt clears his throat awkwardly. Flo didn’t know she was still at work. Sally snarks she’s pretty much always there and has no one to go home to except her houseplants. After declining an offer to share their food, Sally sends Flo to payroll to update her latest address. Sally then gives Flo an extra assignment.

Bold And The Beautiful Spoilers: Marriage In Trouble – Ridge Confronts Brooke Over Her Negativity Towards Thomas https://t.co/8anOm04kyF

Once she’s gone, Wyatt wonders if Sally would like to send Flo across town. Sally shrugs – can he blame a girl for wanting a little time with the one that got away? They rehash the reason they broke up. Sally will always regret allowing Thomas Forrester to come between them. She’s glad if Flo makes him happy, but still has feelings for him. Sally hasn’t forgotten how good they are together and thinks he hasn’t either. She kisses him. And that’s a wrap.