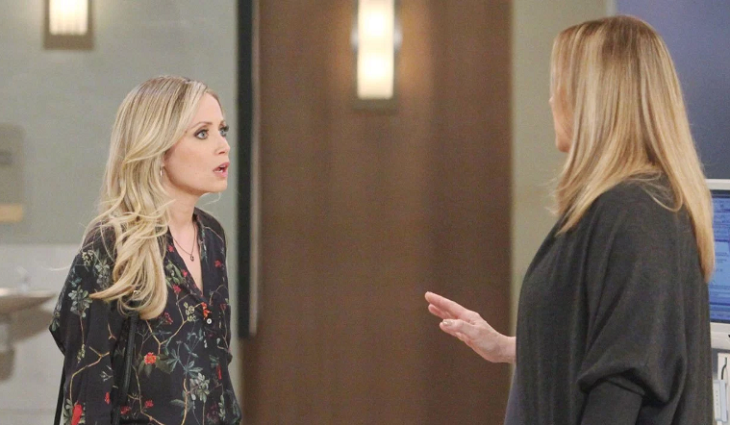 As General Hospital viewers know, Dante came back from Turkey messed up – seriously messed up. He kept having something similar to Post Traumatic Stress Disorder (PTSD) flashbacks in which he was ordered to “complete the mission” and the mission was to kill his wife!

He had one incident where he saw a knife laying out in a restaurant and grabbed it like he was trying to fight for his life, and after this he decided he was not ready to come back to his old life.

He talked to Anna Devane (Finola Hughes) about his problems and she arranged to get him into a WSB facility for treatment of brainwashing and PTSD, where he has been ever since.

Although it appears he may have been transferred between facilities a couple of times, according to phone conversations of Robert Scorpio (Tristan Rogers), overheard by Maxie Jones (Kirsten Storms), who knows more about why Dante left than Lulu does.

If Laura knew the whole story, it is doubtful she’d advise Lulu to go get Dante before he was ready and safe to come home. Dr. Kevin Collins (Jon Lindstrom), as a psychiatrist could help Lulu to understand a great deal about what Dante is going through.

General Hospital Spoilers – Both Think They Are Rescuing Dante Falconeri

He would tell her why Dante left and why he shouldn’t be pushed to come back before he is ready to as well. But they simply don’t have enough information, and Maxie’s pushing of Lulu doesn’t help either.

Maxie is only looking at the situation from her own perspective of the WSB and that her dad was never there for her as a child.

Robert couldn’t tell her much because of WSB confidentiality rules. HIPAA rules may apply as well since Dante’s condition would be considered a medical as well as a mental one. Lulu and Maxie both may think they are rescuing Dante but that really is not the case.