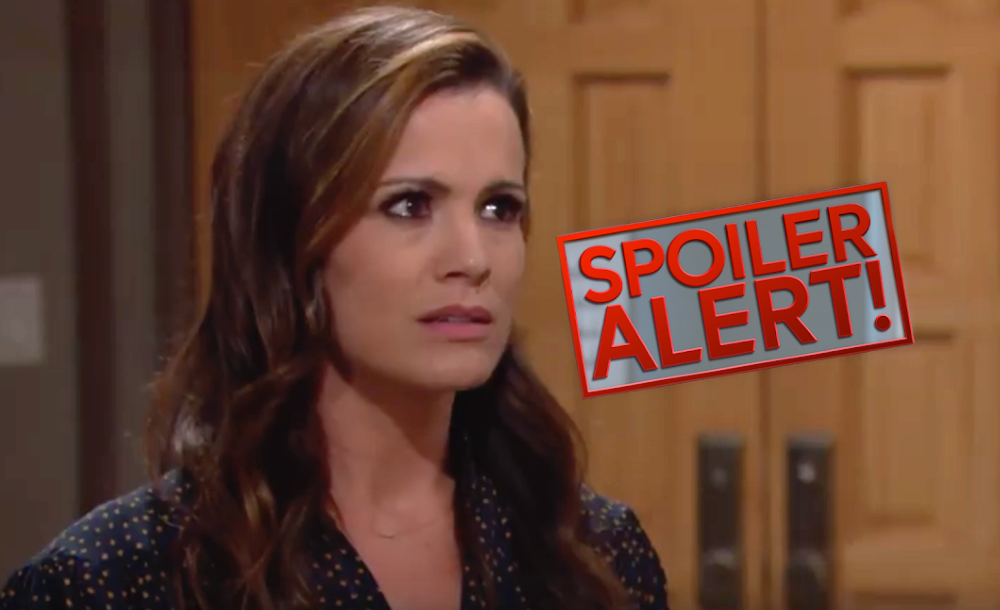 “The Young and the Restless” spoilers for Monday, July 15, tease that Chelsea Newman (Melissa Claire Egan) will get more comfort from Nick Newman (Joshua Morrow). At Nick’s place, Chelsea’s agitated about her head being all over the place. Nick’s more focused on Chelsea’s heart.

Rey Rosales (Jordi Vilasuso) arrives soon after and fills them in on the recording Adam Newman (Mark Grossman) offered Paul Williams (Doug Davidson). He points out that Adam wanted to implicate Chelsea in Calvin Boudreau’s (John Burke) death. After Rey exits, Chelsea marvels at Adam’s decency disappearing and vows to keep Connor Newman (Gunner and Ryder Gadbois) away from him.

At the coffeehouse, Adam Newman (Mark Grossman) stands nearby as Sharon Newman (Sharon Case) chats with Faith Newman (Alyvia Alyn Lind). They’re planning on meeting up with Christian later. Once Faith calls Adam over, he hopes she’s not spooked by seeing a ghost. Faith lets Adam know she’s fine with it. Adam and Sharon also address Chelsea’s return – and her decision to stay with Nick.

Once Sharon and Faith leave, Adam follows them to the park. Before he appears, Nick and Christian meet up with Sharon and Faith. While the kids play on the jungle gym, Nick brings Sharon up to speed on Adam trying to accuse Chelsea of murder. He wonders when Sharon will see the real Adam, but she fires back that it’ll be when Nick sees the real Chelsea.

Later, Adam makes himself known and wonders if Christian recalls meeting him. He wants to get a popsicle with the tot and get to know him a bit better. Christian doesn’t want to go, and Nick obviously isn’t on board either. After Nick, Christian and Faith leave, Sharon rips into Adam for using her to gain access to Christian. She feels he’s selfish now and is mad at herself for not seeing his true colors before.

Adam returns to the penthouse, where he faces more backlash. This time it’s Chelsea who wants to blast him. She rages over the recording and the man Adam’s turned into. The Adam she knew wouldn’t have let her take the blame for a crime she didn’t commit. Adam protests that he’s better with Chelsea, but she doesn’t think she can be the good in him.

Chelsea feels like it’s too hard to be with Adam and shuts down his latest attempt at a reunion. Adam believes things could’ve turned out different for them. He notes that Chelsea should call or text before she shows up next time and adds that maybe she shouldn’t come at all.

Young And The Restless Spoilers: Victoria Steps Up To Help Nick In Christian Custody Battle

Young and The Restless Spoilers Lola Rosales Suspicious Of Her Mom

Over with Lola Rosales (Sasha Calle), she gets suspicious about her mom having a boyfriend. Rey admits that their father’s been in touch with Celeste Rosales (Eva LaRue) – and wants to walk her down the aisle. That eventually leads to a heated confrontation between Celeste and Lola. Her mom thinks forgiveness is best, but Lola will never forgive her dad, Adrian Rosales. In fact, Lola warns that if her father comes to the wedding, she’ll call it off!

Back with Rey, he bumps into Faith at the Crimson Lights and learns Sharon’s been with Adam. Rey finds Sharon by herself in the park, where they have a touching conversation and work through their recent issues. When Rey notes he could’ve handled things differently, Sharon admits he was right about her former flame. She doesn’t want Adam to come between them anymore.

Rey understands that Adam was just in Sharon’s head, not her heart. He kisses Sharon while Nick calls Michael Baldwin (Christian LeBlanc) back at home. Nick notes that Adam has a “Chance” Chancellor connection and tried to pin Calvin’s death on Chelsea.

“The Young and the Restless” spoilers say this Adam vs. Genoa City battle will press on! We’ll give you updates as other Y&R news and rumors emerge. Stay tuned to see what’s next on the CBS soap.