Young And The Restless Spoilers: Victoria Steps Up To Help Nick In Christian Custody Battle 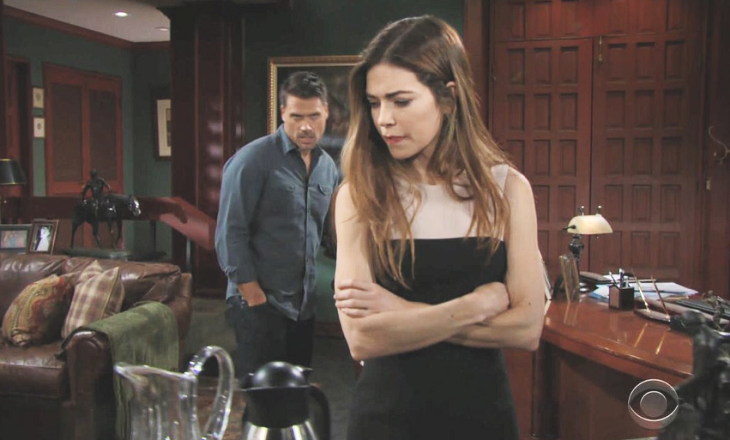 The Young and the Restless (Y&R) spoilers tease that Victoria Newman (Amelia Heinle) will make a move to make sure Adam Newman (Mark Grossman) will not be able to steal custody of Christian Newman from their brother, Nick Newman (Joshua Morrow). In the end, what Victoria will earn from the ordeal is an enemy in Adam.

It will probably be more than she can chew, and it could ruin her chances of becoming the permanent CEO of Newman Enterprises. Here’s what you need to know about what’s coming up on Y&R during the week of July 15.

Victoria decided to make a shady move and steal one of Dark Horse’s clients. It was a move that was brilliant, but dangerous. The Young and the Restless spoilers state that Adam was ready to go to war with his sibling, but Phyllis Abbott (Michelle Stafford) made Adam let her handle it as Dark Horse’s CEO.

The part that Adam is having trouble letting go is Victoria is fighting back at him to ensure he doesn’t get custody of his son. He cannot understand why his family seems against him seeing his boy.

He wasn’t against sharing custody of Christian with Nick, at first. Now, his patience is running out and he just wants to hurt him by getting sole custody, leaving Nick without visitation rights.

The Young and the Restless spoilers suggest that Victoria’s power move won’t go according to plan. That is because Phyllis comes up with a new plan and saves Dark Horse from going under.

Young And The Restless Spoilers – Victoria Newman Trying To Be Ruthless

It will be something that will get under Victoria’s skin as she is trying to prove that she can be as ruthless as Victor Newman (Eric Braeden).

As you can expect, once she fails at her attempt to ruin Dark Horse, Phyllis will be quick to rub it in her face. Y&R spoilers state that Victoria will begin to drown herself in work, not realizing that Billy Abbott (Jason Thompson) is sinking into a dark place with Adam back into town.

Young and The Restless Spoilers: What Is Chelsea’s Real Reason For Turning To Nick? @celebratesoaps https://t.co/9h5Z6W8gfK

Do you think Victoria will figure out another way to rip Dark Horse away from Adam’s clutches?