Young And The Restless Spoilers: Chelsea And Adam’s Future Revealed – Is Chadam Really Over? 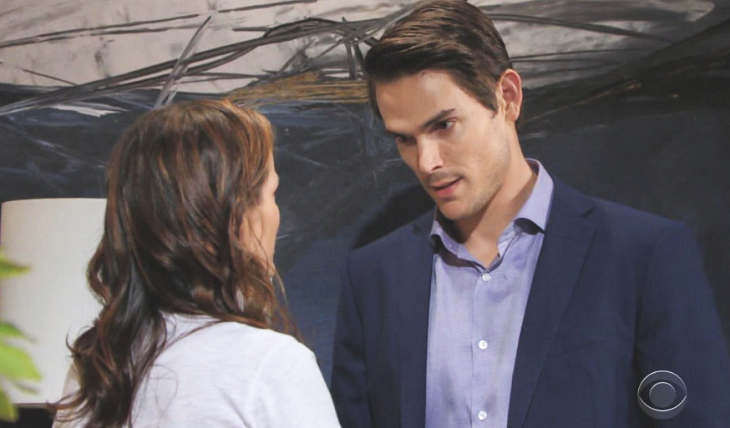 The Young and the Restless (Y&R) spoilers tease that Chelsea Newman (Melissa Claire Egan) and Adam Newman (Mark Grossman) have some drama to deal with as they decide their fate. It could lead to Chelsea turning the tables on Adam, as he is greatly underestimating his former wife and her need to protect their son from his shenanigans.

Adam thinks that if he puts heat on Chelsea about Calvin Boudreau (John Burke) and Connor Newman, it will bring her closer to him. In reality, it could do the opposite, sending her straight into Nick Newman’s (Joshua Morrow) arms.

All Adam wants to do is see his son. He cannot understand why Chelsea is so against him seeing his son. The Young and the Restless spoilers state that she doesn’t want Connor to know that Adam is alive. She will do whatever she has to keep Adam away from their son.

Young And The Restless Spoilers – Chelsea Newman Is Still Heartbroken

Y&R head writer, Josh Griffith said that Chelsea’s shift with Adam is centered around her heartbreak after his last death. She was ready to pick up and move to another country with Connor in tow, but the cabin explosion stopped that.

After that, she was devastated, and she lost her best friend Chloe Mitchell (Elizabeth Hendrickson) in the process. Chelsea is still hurt over the fact that Chloe tried to kill Adam.

Chelsea’s life gets complicated when Rey Rosales (Jordi Villasuso) gets a hold of Adam’s recording, in which Chelsea berates her ex for forcing Calvin to say that he should have custody of Connor.

Young And The Restless Spoilers – Adam Newman Is Turning The Tables

The Young and the Restless spoilers state that Chelsea thinks this looks really bad for her. She cries to Nick that Adam is framing her for murder.

“For Adam, it’s all about control. He feels he could turn the tables on Chelsea and create a situation that would force her to come back into his arms,” Josh Griffith told Soap Opera Digest. “Adam needs to be careful because his out recent power move may backfire and push Chelsea and Nick closer together than he ever imagined. And a rejected Adam is a dangerous Adam.”

The Young and the Restless Spoilers Friday, July 12: Adam’s Murder Evidence Against Chelsea – Calvin’s Cause of Death – Victor’s Meltdown

It sounds like things will get intense between Adam, Nick, and Chelsea in the weeks ahead. Who do you want Chelsea to end up with – Nick or Adam?