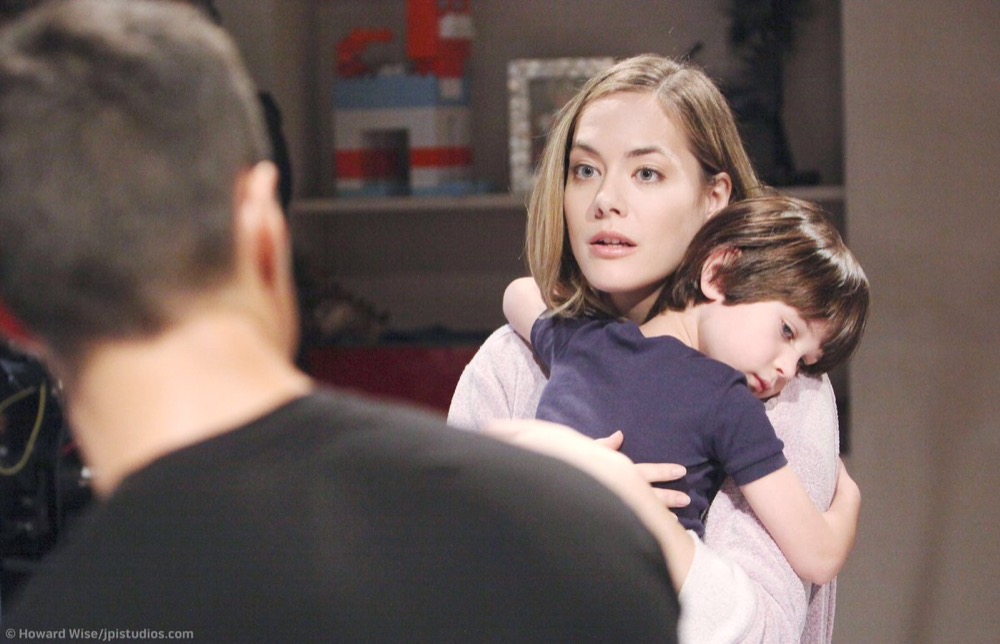 The Bold and the Beautiful (B&B) spoilers for the week of July 15 tease that Brooke Logan (Katherine Kelly Lang) will refuse to accept that her daughter is marrying Thomas Forrester (Matthew Atkinson). She thinks that Hope Logan (Annika Noelle) is making a huge mistake and she wants to her to wait to walk down the altar.

Hope refuses to pump the breaks on the nuptials. She wants to get married immediately so they can give Douglas the family he needs. The Bold and the Beautiful spoilers tease that Brooke will have a showdown with Ridge Forrester (Thorsten Kaye) and he will ask that she accept the situation. It will cause some tension between the married couple and could come between them.

Thomas and Liam Spencer (Scott Clifton) wait for Hope to show up for her wedding. The men bicker as Liam wonders if Hope decided not to marry Thomas. Of course, he replies that Liam cannot be jealous of their relationship as he threw Hope away, even though we all know that isn’t true.

The Bold and the Beautiful spoilers say that Hope is weighing her options and she is considering not marrying Thomas. It’s a difficult choice for her as she doesn’t love him. But she adores Douglas and she wants him to have a great life.

Flo Fulton May Stop The Show

Hope may not have to say she won’t marry Thomas as Flo Fulton (Katrina Bowden) slams down the drinks and puts Zoe Buckingham (Kiara Barnes) in panic mode. She drinks a little too much and she threatens to blow the baby secret wide open.

Bold And The Beautiful Spoilers: Thomas Rages When Hope Refuses To Hit The Sheets -She Loves His Son, Not Him @celebratesoaps https://t.co/n0AnJK7ibF

Zoe tries to reason with Flo but she seems determined to expose it to Hope before she makes the mistake of marrying Thomas. The Bold and the Beautiful spoilers tease that Zoe will try her best to reason with her but she may have to brace herself for it all to come out.

It sounds like Zoe will convince Flo to stay quiet, but the B&B fans should expect the secret to coming out in a few weeks.