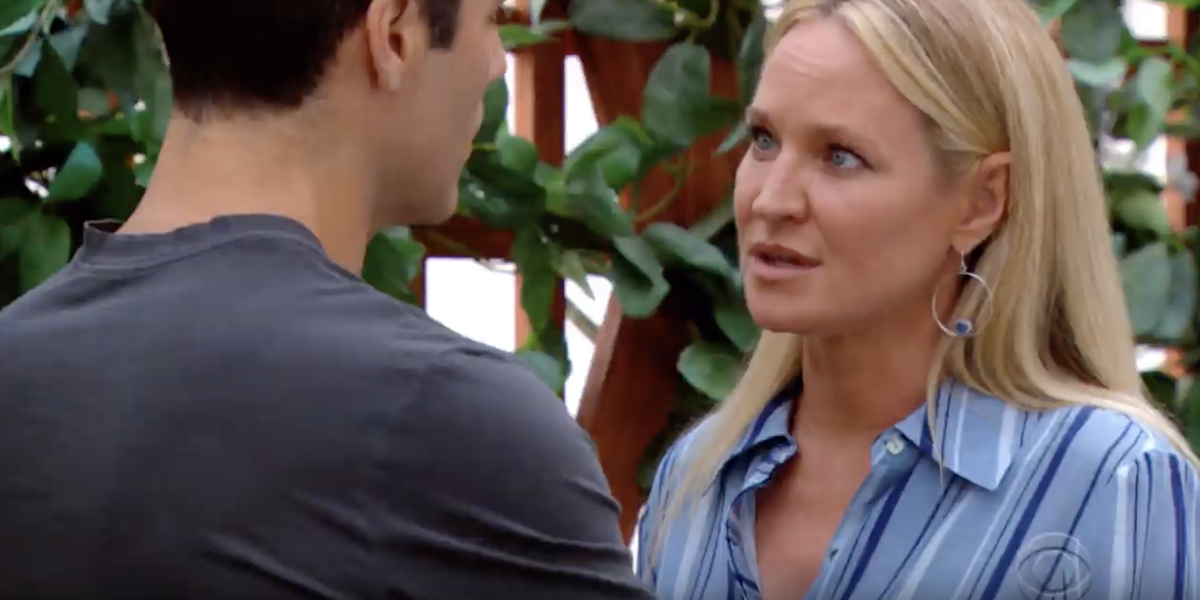 The Young and the Restless (Y&R) spoilers for the week of July 15 tease that Genoa City will be hopping with action as the week begins. First, Rey Rosales (Jordi Villasuso) will update Lola Rosales (Sasha Calle) on the situation with her mother, Celeste Rosales (Eva LaRue). He will let her know that her mother is seeing her dad again and she has been giving him money.

As you can imagine, Lola will be furious. Y&R spoilers reveal that their dad was abusive and a cheater and Lola wants nothing to do with him. Celeste will try to convince Lola to forgive him, but she refuses. If daddy Rosales shows up at her wedding, she will call it off and elope with Kyle Abbott (Michael Mealor).

The Young and The Restless Rumors: Chance Set To Return – Will John Driscoll Reprise The Role?

Jill Atkinson (Jess Walton) visits Cane Ashby (Daniel Goddard). Y&R spoilers say that she expects him to be broken up about his marriage ending with Lily Ashby (Christel Khalil). Instead, she finds Cane in good spirits and seems to be doing well.

Cane will let Jill know that he is doing better. In fact, he’s happier than he has been in years. Jill will love the change in him and she will suggest that it may be time for him to consider dating. Perhaps, he will let her know that the change in his mood and attitude is because of Traci Abbott (Beth Maitland).

On Monday’s episode of Young and the Restless, Nick Newman (Joshua Morrow) will call Michael Baldwin (Christian LeBlanc) and let him know what Adam Newman (Mark Grossman) has been up to. He will disclose that he tried to frame Chelsea Newman (Melissa Claire Egan) for Calvin Boudreau’s (John Burke) death. However, his plan failed and now Nick is worried that Adam will up the ante and get even more vicious.

The Young and the Restless spoilers say that Nick will let Michael know that Rey found out that Adam has a connection to Chance Chancellor (John Driscoll), which Nick assumes is some type of shady business. Michael seemed shocked to hear this scoop and he vowed to get to the bottom of it.

Later in the week, Michael will meet with Kevin Fisher (Greg Rikaart) and they will plot to take Adam down. The Young and the Restless spoilers tease that Kevin needs to find a way to get away from Adam. He wants to go home to be with his family but he’s being blackmailed by the Newman bad boy.