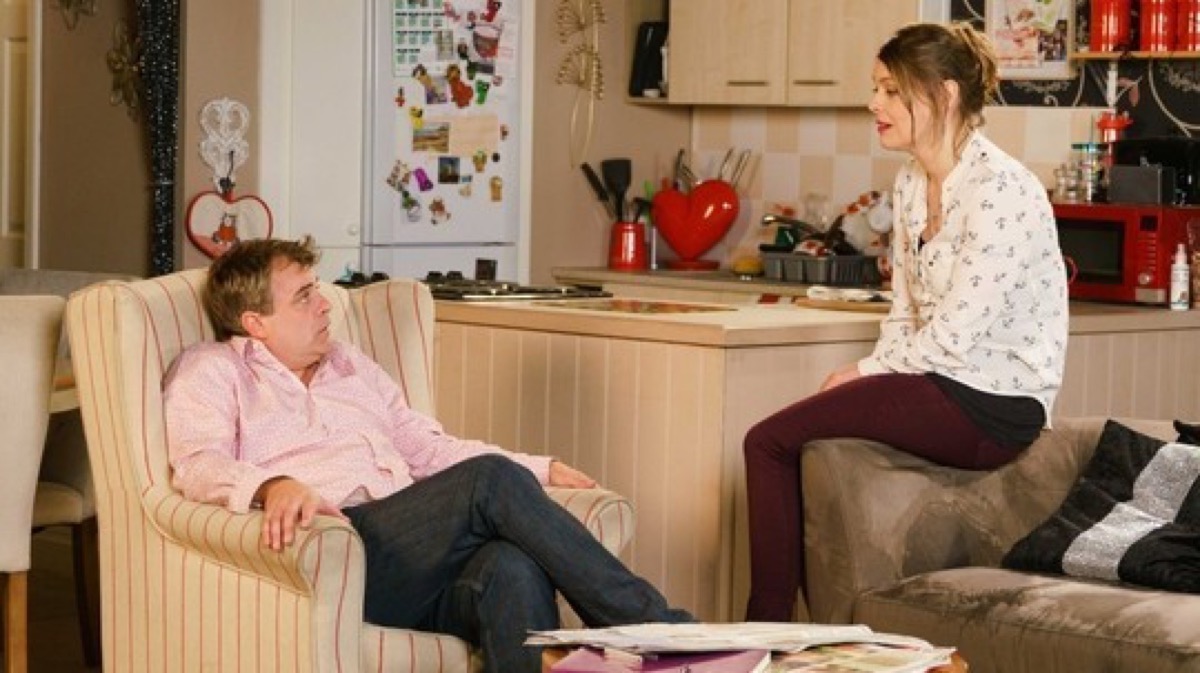 Coronation Street spoilers for Tuesday, July 16th finds Tracy Barlow (Kate Ford) horrified once she finds out a secret about Steve McDonald (Simon Gregson). She will make a worrying discovery about her husband after she goes through his belongings with Liz McDonald (Beverly Callard). Also, Chesney Brown (Sam Aston) will be making a big confession to Gemma Winter (Dolly Rose Campbell), which means that the two might be getting back together after all. Here’s what you need to know.

Steve and his new business partner Tim Metcalfe (Joe Duttine) are still using their horse Tiny to host unicorn parties, but unfortunately, they will have to come up with a way to make some extra cash because they are struggling to bring in some customers. The duo has been keeping their business a secret. However, it won’t take much time for Tracy and Liz to find out what they have been doing behind everyone’s back. They will be surprised to find out the truth when they do a little snooping of their own.

Coronation Street Comings And Goings: Kirk Returns To The Cobbles

It will begin with Steve opening up to Tracy about seeing Robert Preston (Tristan Gemmill) with Vicki Jeffries (Kerri Quinn). Vicki is currently expecting a baby with Robert and the two will be seen catching up at one of the unicorn parties. While a few people think that Tristan is having a secret affair, the truth will come out when Tracy demands to know more of what’s going on. But it won’t be until the ladies go through Steve’s stuff when they find Liz’s hair extensions with glitter and a strap-on unicorn horn. Both Steve and Tim will be forced to explain what they have been doing behind everyone’s backs this entire time.

Elsewhere, there’s a good chance that Chesney and Gemma might be getting back together. Chesney will decide that it’s time to tell Gemma the truth when the two decide to meet up at The Rovers for a special heart to heart conversation. Chesney will be honest and tell the mother of his children that he never stopped loving her and that he wants to give their relationship another go.

Steve and Michael hold their first Unicorn Party with Tiny!

Unfortunately, Gemma won’t have a chance to respond to Chesney because they will be interrupted by her mother, Bernie (Jane Hazlegrove). If that weren’t enough, the news also won’t go down well with Gemma’s twin brother Paul, who thinks that Chesney is nothing but bad news for his sister. With both her mother and her brother giving her problems, it looks like Chesney has an uphill battle before he will be able to win Gemma back again. Of course, fans will have to tune in to find out what will happen next.