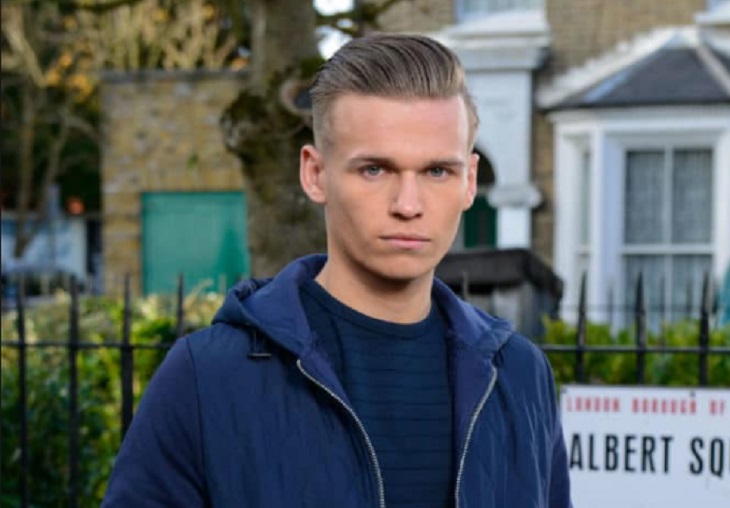 Hunter Owen (Charlie Winter) could be the unlucky character who will be killed off by “EastEnders” as the show plans a huge new death storyline later this year. The character was last seen back in April and last month, it was reported exclusively by Digital Spy that its portrayer, Winter, will come back on screen later this summer. However, showrunners are keeping everything under wraps about the character’s storyline.

Rumors have been circulating that Hunter won’t be having a happy ending when he returns. He could be involved in a dramatic plot that could potentially lead to his untimely demise, an incident that will surely send ripples through Albert Square.

According to a source, “it’s a big decision to kill off a major character, but producers are confident this will be great telly. Hunter’s death is going to rock Albert Square.” The source added that Hunter will be at the core of the story that leads up to his death.

Jack wants Adam to buy his flat, but does he buy his lie?#EastEnders. Tonight. 8.00pm. pic.twitter.com/hdjwNVIb9v

An insider of The Daily Star added, “There will be plenty to keep viewers hooked. Hunter’s final weeks on Albert Square will be anything but dull.” Hunter’s final moments and his funeral have already been filmed.

Hunter’s exit will also tie with Mel Owen’s departure from the canvas. It was recently revealed that Tamzin Outhwaite is leaving the soap later this year and her exit storyline will be aired in early autumn.

Nothing much is known about how she will leave the show but it was revealed that it is going to be an explosive story. While the two characters are set to leave the show, Lisa Fowler (Lisa Benjamin) is coming back to Walford in the coming weeks. Just like the other characters, the grounds of her return is not yet known.

Viewers may recall that Mel helped Hunter cover up the death of Ray Kelly (Sean Mahon) at New Year. However, it was only Hunter who went to jail. Mel promised to be always there for his son and encouraged him to stay strong. She also said that she’ll get revenge on Jack Branning (Scott Maslen) for sending his son to prison.