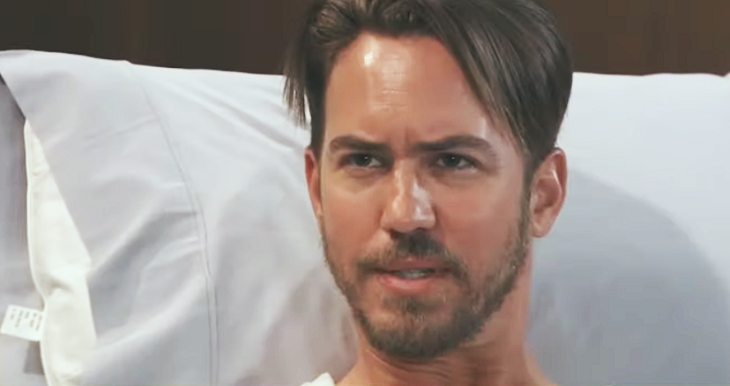 At Charlie’s Pub, Dr. Kim Nero (Tamara Braun) and Julian Jerome (William DeVry) have a heart to heart about all the bad decisions Kim has made while acting out because of her grief over her late son, Oscar Nero Quartermaine (Garren Lake Stitt).

Elsewhere, Ava Jerome (Maura West) is also handling her grief over her late daughter, Kiki Jerome (Hayley Erin) in an unusual manner. She met psychic Sibley Gamble (Veronica Cartwright) to contact Kiki through Sibley “channeling” her spirit. General Hospital spoilers say Ava takes a meeting at General Hospital, so that is probably where she and Sibley meet. It being a place that Kiki loved most of the time as she was preparing to become a doctor. Sibley asks Ava if she’s ready to contact her daughter.

Meanwhile, in Drew Cain’s office at Aurora Media, Curtis Ashford (Donnell Turner) checks in with him after having found and assisted him in the stateroom aboard the Haunted Star where Kim had drugged him. She was getting ready basically to rape him, before Julian interrupted the process and saved the day for Drew.

Curtis wants to know exactly how Drew found himself in that state and asks Drew if he’s going to tell him who drugged him. Considering Drew has already forgiven Kim, he will probably tell Curtis he doesn’t want to talk about it any further and let the past be the past.

At the offices of Crimson Magazine, Nina Reeves (Cynthia Watros) confronts her new boss, Jasper Jacks (Ingo Rademacher), telling him that he already knows everything about her fiancé Valentin Cassadine (James Patrick Stuart). Nina may be picking up on Jax trying to get information out of her. This is her way of letting him know that she is nobody’s fool and not to think she’s as naïve as she seems.

Back at General Hospital, Dr. Hamilton Finn (Michael Easton) and Peter August (Wes Ramsey) are talking about the gunshot wound Peter received at the WSB medical facility in Ithaca New York. He was trying to stop Maxie Jones (Kirsten Storms) from storming in on Dante Falconeri (Dominic Zamprogna), who didn’t want to see or talk to her.

Dante obviously got hold of one of the WSB agents’ guns and whether he was trying to shoot Peter out of protection of Maxie or trying to shoot Maxie, Peter was shot as a result. Peter doesn’t want Anna Devane (Finola Hughes) to know anything about what happened, and warns Finn not to say anything about it to her, although Anna may hear about it anyway, through WSB channels.

Elsewhere, Finn’s ex-fiance Hayden Barnes (Rebecca Budig), newly returned to Port Charles to take a job as Jax’s Chief Financial Officer of Crimson Magazine and the branch of Aurora Media he bought from Drew, runs into an old friend she obviously didn’t encounter onboard the Haunted Star, and tells them long time no see.

Still at General Hospital, and fresh from having talked to her father in law Sonny Corinthos (Maurice Benard) about finding her husband Dante and bringing him home, Lulu Falconeri (Emme Rylan) reels at the news that Maxie brought to her. Namely, that Dante shot Peter! Maxie has obviously explained how she and Peter came to encounter Dante to begin with, and a livid Lulu rages at Maxie, shouting “what in the hell were you thinking?!”