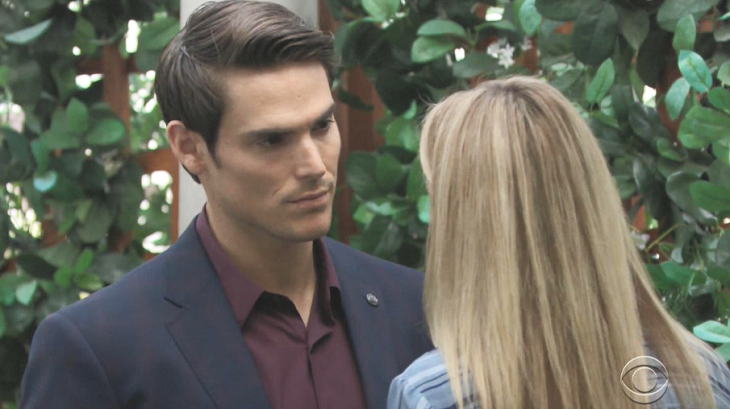 The Young and the Restless spoilers tease that Adam Newman’s (Mark Grossman) realization that Chelsea Newman (Melissa Claire Egan) betrayed him makes her his enemy, rather than an expected returned love. That seismic event shifts his focus to Sharon Newman (Sharon Case).

Y&R fans kept their minds open when Victor Newman (Eric Braeden) tapped Sharon as the person who could help him jog Adam’s memory after he’d been found in Las Vegas, Nevada. His father learned that a man fitting Adam’s description was going under the name Spider, while working as a high stakes poker player in the gambling oasis for the past three years.

The purposeful choice of Sharon was necessary within the developing storyline because Egan hadn’t yet returned as Chelsea. With Case’s character being the next available love of Adam’s life, Sharon entered the picture.

Young And The Restless Spoilers – Sharon Newman Is A Compassionate Soul

It wasn’t surprising that Sharon had compassion for Adam’s situation, or that she’d be willing to help Victor. The complicated relationships Sharon has with many Newman’s is ever part of her backstory and, in this instance, allowed for real time events to be forwarded.

Viewers took note of Sharon’s openly stated belief that Adam had saved her life on more than one occasion. At that specific point daytime devotees increased their hope, or caution, based upon perspective. Might Y&R actually be stetting up a Shadam reunion, rather than bridging to a Chadam sequel?

Adam understandably was shook by Chelsea’s tell of her marriage to Calvin Boudreau (John Burke) and that man’s adoption of Connor Newman (Gunner and Ryder Gadbois). Grossman’s character appreciated that Chelsea took comfort in Calvin’s presence and was grateful that man looked out for her and Connor while he was assumed dead.

But Adam also saw the shocking circumstances of Calvin’s sudden death as a sign that Chadam would be restored. Chelsea didn’t agree and wasn’t shy about telling Adam that she couldn’t be with a man who recently said that he wanted to take Connor from her.

With all that’s transpired and Chelsea’s embrace of Nick Newman (Joshua Morrow), Adam turned on the woman he knows is his true love. He tried to sway Paul Williams (Doug Davidson) into believing that Chelsea killed Calvin, as part of an effort to establish a legal angle to take Connor away from her.

Since a hoped-for reunion with Chelsea not in the cards, Adam has an obvious fallback option. Yes, Sharon.