Big Brother 21 Spoilers: Is One Of The Players A Production Plant? 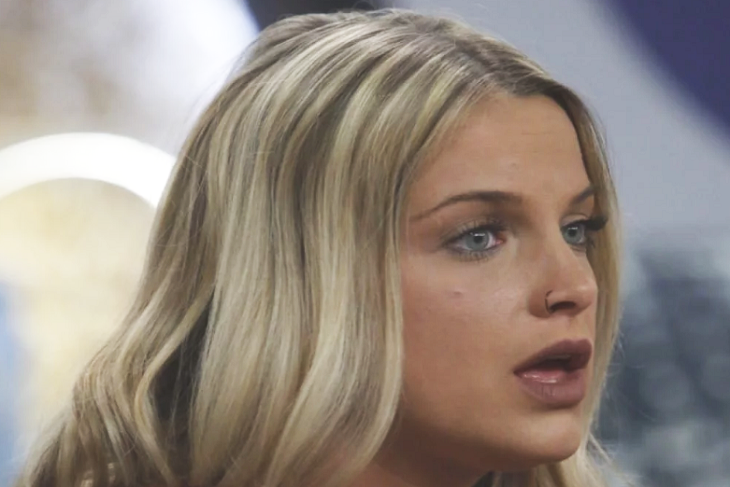 Big Brother 21 spoilers reveals, here we go again, another production pet in the house! Remember Big Brother season 15’s Amanda Zuckerman, who she was given the best advantages in the game? It’s deja vu time. Christie has a friend who worked for BB Casting Director Robyn Kass, and just by coincidence, Christie is put in the game along with a close relative, Tommy, and they have a secret alliance.

If that isn’t enough, Jack, one of the strongest players in the house, is willing to give up his game for Christie, who is gay, and will most likely never be his bed partner like Analyse. For some odd reason, the strongest player in the house is giving up his game and making himself Christie’s ride or die. It’s actually really strange, it almost seems like Jack fears Christie.

I had my suspicions and now, after Christie just so conveniently won the season’s most valuable power; well that just really makes it look like Allison Grodner and Robyn Kass are in the middle of a “do-over” of season 15’s Amanda. Are they trying to give Christie the best advantage possible in the game?

It was actually really pathetic after the Whacktivity Competition, Christie was working overtime to make the other house guests think that her time in the competition was poor, she kept telling everyone she was in there so very long. Later, Christie bragged to Jack that she literally completed the competition in three minutes.

Nick, Analyse, Jessica and Christie were the players. Kemi would have been there as well had she not been evicted. The power that Christie won is the Panic Power, a Diamond Power of Veto. It has been a long time since we have seen that power and it just so happens to land in Christie’s hands, the girl who has a relative in the house and someone who is close to the Casting Director!

This power allows the holder to change a nominee of their own choosing after the VETO meeting, and the holder has four rounds to use it.

Big Brother 21 Spoilers – Was Jack Planted In The House To Protect Christie?

Imagine this, Christie has this amazing power in the house, Jack looks like he was planted in the house to protect her and her new BFF and relative, Tommy, is the most well-liked player in the house. Let’s just call this alliance of three, “let’s do everything we can to make sure that Christie is the winner of Big Brother 21 and a half million dollars.”

At least with Amanda, she was like a female “Evil Dick meets Dr. Will,” and there was never a dull moment when she was in front of the camera. Christie is just floating in the background, protected and crying herself like a baby through the game –  boring!