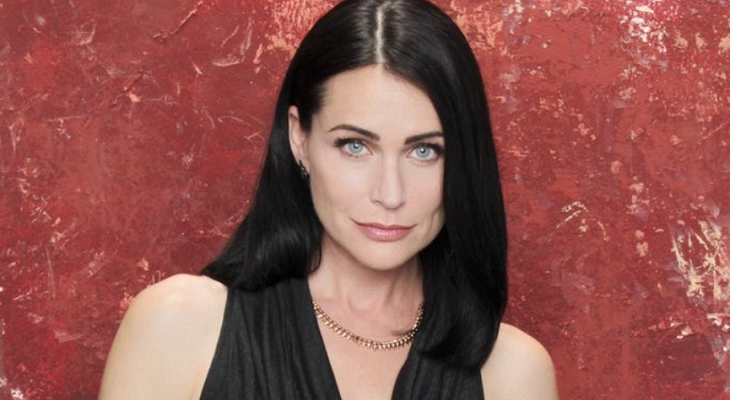 Quinn Forrester’s portrayer, Rena Sofer, on the Bold and The Beautiful admitted that she doesn’t get mobbed by fans when she travels abroad. It is undeniable that Sofer has a gorgeous face and with the characters she played in different TV shows, she’s bound to be noticed by fans whenever she’s out and about.

“I get recognized for a lot of different things,” Sofer told Soaps In Depth. “For some people, it’s 24 and Friends, other people remember me [playing Rocky on] LOVING.”

But with the international fan base of “The Bold and The Beautiful,” it seems that they don’t recognize Sofer at all. She explained that it doesn’t bother her and doesn’t consider it as a problem.

“I don’t typically wear makeup when I travel, and I’m not one of those people who’s like, ‘Do you know who I am?’” she shared. “When I went to Australia and Amsterdam, I did a lot of press for the show, but otherwise, I’m really just all about being with my family.”

Her impeccable performance won her a Daytime Emmy Award for Outstanding Supporting Actress in a Drama Series back in 1995. Her other TV credits include “Seinfeld,” “Melrose Place,” “The Chronicle,” “Ed,” “Friends,” Blind Justice,” “24,” and “Two and a Half Men.” She also appeared on films like “Keeping The Faith,” “Rock Slyde,” and “Another Man’s Wife.”

Last month, Sofer made the headlines when she announced that she found love again, with her ex-husband, Sandford Bookstaver.

The pair got divorced back in 2017, and now they’re back together and engaged to be remarried. She admitted that she tried to date after their divorce but ended “up just dating dogs more than anything,” she joked. She then said: “I mean literal dogs, although I did date some ‘dogs,’ too!”