General Hospital Spoilers: Willow’s Heartbreaking Past Coming To A Head, Her Sad Past Revealed 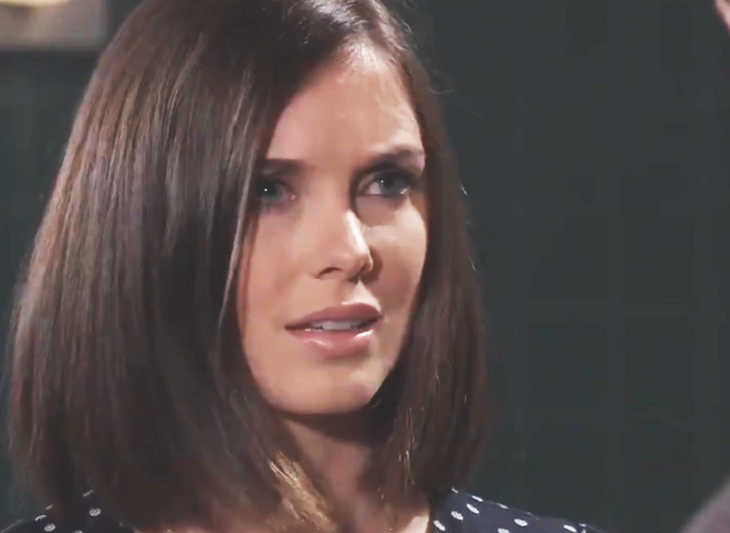 General Hospital (GH) spoilers tease that Willow Tait’s (Katelyn MacMullen) heartbreaking past will pull on the heartstrings of all Port Charles citizens. They will feel for the pain and turmoil she has experienced – all because Shiloh Archer (Coby Ryan McLaughlin) manipulated her mother, Harmony Miller (Inga Cadranel) to do whatever the cult leader wanted her to.

It will come to head this week and we will learn more details about Willow’s sad past. Here’s what you need to know about what’s ahead on GH.

Harmony told Jason Morgan (Steve Burton) that she basically pimped out her daughter to Shiloh. GH spoilers state that Willow’s father was against it and Shiloh decided to eliminate him. He gave him an overdose of mediation and killed him.

Meanwhile, Harmony drugged and tattooed her own daughter to wait for Shiloh to basically rape her. GH spoilers say Willow got pregnant by Shiloh, and viewers know her baby died during childbirth.

The news got out that Willow had Shiloh’s child and Harmony searched for her daughter so they could steal the infant from her. GH spoilers say that Shiloh and Harmony were upset to learn that Willow didn’t have the child. Little did they know, she gave up her child so he would have everything she couldn’t provide.

It seems like it is only a matter before the truth comes out that Wiley is not Willow and Shiloh’s child. Instead, he belongs to Michael Corinthos ((Chad Duell) and Nelle Bensen (Chloe Lanier).

GH spoilers say that it won’t come out for a little while. For now, we will learn that the DNA doesn’t match Shiloh, suggesting that he isn’t the father. No one will expect that it proves anything other than Willow might have slept with someone else in the same time period as Shiloh.

It doesn’t sound like the Wiley drama will be dying down anytime soon. Shiloh will soon learn that his son is not Wiley and his child died after childbirth. Do you think everyone will stand by Willow after Shiloh’s DNA test proves he is not the father?