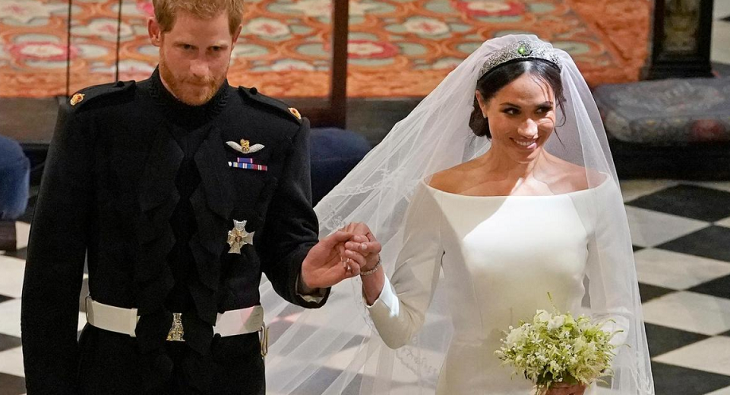 While there’s no doubt that Prince Harry and Meghan Markle have plenty of A-list stars inside their social circle, there’s one that will definitely make a lot of people envious. Of course, we are talking about Hollywood actor Idris Elba.

The big screen star recently revealed that he not only played a set during Prince Harry and Meghan Markle’s royal wedding at Windsor Castle last year, but that Meghan has a particular taste when it comes to her favorite tunes. Here’s what he has to say.

According to ABC News, the 46-year-old actor said that when it comes to the Duchess of Sussex and her favorite tunes, it’s all about that West Coast feeling! He told the site: “Meghan sent me a playlist… that’s exclusive info to you.”

And while a lot of people can’t help but wonder if ‘West Coast’ means a lot of Tupac throwbacks, Elba refused to divulge in any more details. He simply said, “There was some West Coast on it. Respectfully, I haven’t been really going on about it. I’m not gonna put their business out there.”

This evening, The Duke and Duchess of Sussex attended #TheLionKing European premiere in London at the Odeon Theatre. In celebration of the film’s release, The Walt Disney Company announced #ProtectThePride, a global conservation campaign to support efforts protecting the rapidly diminishing lion population across Africa. As a part of their commitment to this cause, Disney also made a donation to The Duke of Sussex’s upcoming environment & community initiative which will be formally announced this autumn. The Duke and Duchess are committed to advancing conservation efforts across Africa and around the world, and working with communities to ensure a sustainable future for the planet. This evening Their Royal Highnesses had the pleasure of meeting the cast and creative team behind the film, as well as supporters of @africanparksnetwork, of which The Duke is President. Photo credit: PA images / Getty images – Chris Jackson

However, Idris did say that he did play Whitney Houston’s famous hit “I Wanna Dance With Somebody,”  Beyonce and hip hop at the wedding. Of course, this doesn’t surprise a lot of Meghan Markle fans who know that the Duchess will always be a California girl at heart.

Not only does she like to serve her guests avocado toast at Kensington Palace, but she also plans on raising her son Archie in the most organic way possible.

Will Meghan Markle And Prince Harry Take Trips To California With Archie?

Reports indicate that Meghan will be the kind of mother who will make her own food, practice mommy and me yoga with Archie and of course, try to get as much Vitamin D as possible. Seeing how that might be a little unlikely in England, there’s a good chance that the Sussexes might make some future secret trips to California.

Now with all of that said, we have a feeling that there was definitely a California vibe during Prince Harry and Meghan Markle’s wedding, with or without the Tupac songs.