Young And The Restless POLL: Is The New Adam Newman Compelling? Vote Now! 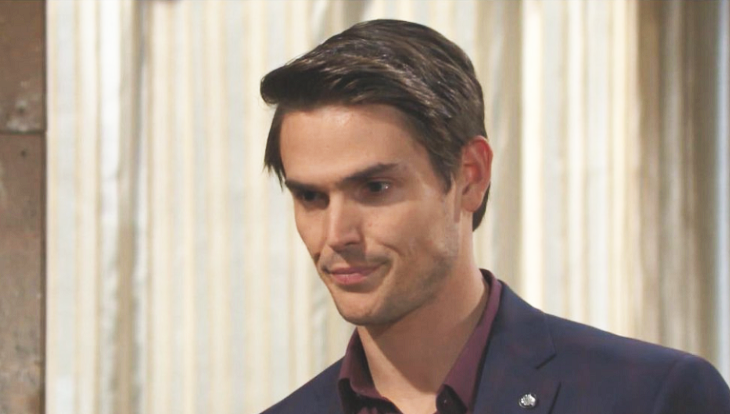 A very subjective question about the Young and the Restless is being asked. Is Y&R’s newest Adam Newman (Mark Grossman) compelling?

This much-discussed fourth adult Adam debuted in the spring. Since then fans have had a few months worth of episodes to consider how Grossman is performing and if the arc he’s been given is working.

Muhney’s run as this character lasted the longest (2009-2014), whereas Hartley’s time on the show lasted from 2014-2016. Hardcore fans also know that Chris Engen (Adam) was the first actor cast as the adult version of this character. His tenure (2008-2009) preceded Muhney’s.

It appears fair, at this point, to be thinking more about Muhney, then the other two actors, because Grossman has been given scripts that clearly write him back into villain territory. Of course an eventual softening could happen, but for the moment Grossman’s alter ego is deeply dark.

For whatever reason(s), Y&R opted to reverse SORAS this character. Grossman, who is 32, entered the scene playing an Adam who was ten years younger than what Hartley’s 42 year old version would have been now, if he was still part of the cast. Muhney is two years older than Hartley. Engen is 39.

Fans can decide for themselves if part of the reason why the age reversal happened was to create a plausible answer about why Muhney, in particular, wasn’t brought back. Then again, Y&R may have wanted to make this Adam generally more historically accurate to when the character was born in soap time.

With whatever is true, the age difference between who Adam was during the mid-part of this decade, meaning as portrayed by both Muhney and Hartley, is noticeable. However, it hasn’t prevented Y&R from keeping all aspects of Adam’s life as they were.

The above has established fan referenced age differences between Adam and Sharon Newman (Sharon Case), though that shouldn’t really matter as everyone knows that soap opera time is always malleable.

Young And The Restless Spoilers –  This Adam Newman Is Extremely Mean

It’s clear that Y&R has written Adam extremely mean for a reason. Grossman’s version of this character knows that his reality was radically altered when the cabin blast occurred in September 2016. The restoration of his memory hasn’t resulted in his life reverting to what it was and that’s made him very angry.

Chelsea Boudreau (Melissa Claire Egan) was remarried and her now late husband adopted Connor Newman (Gunner and Ryder Gadbois). She has been clear that Chadam won’t be revisited and that she’ll fight Adam for control of Connor. That led to Adam trying to blame Chelsea for Calvin Boudreau’s (John Burke) death.

Meanwhile, Chelsea’s reviving significant other, Nick Newman (Joshua Morrow), is resisting all attempts at contact Adam wants to have with Christian Newman (Jude and Ozzy McGuigen), which has created a separate custody battle.

Adam has rejected Victor Newman’s (Eric Braeden) outreach, even though his dad is fighting a rare blood disease. He’s also ungrateful for Victor having orchestrated the elimination of his unserved jail time. Plus, the new Adam has partnered with Phyllis Summers (Michelle Stafford), of all people.

Fans of ‘The Young and the Restless’ rightfully express their opinions on a regular basis. So, is the new Adam Newman compelling, meaning both the actor’s performance and the character he’s playing? Please vote in our poll below!